As e-commerce companies aim to capitalize on the online spending boom connected to shelter-in-place and keep the party going as physical retailers open back up, more are turning their attention to how they can juice the functionality of their online storefronts and improve experiences for shoppers. Enter Nacelle, an LA-based startup in the burgeoning “headless” e-commerce space.

The startup bills itself as a JAMstack for e-commerce, offering a developer platform that delivers greater performance and scalability to online storefronts. Nacelle has raised about $4.8 million to date in fundings led by Index Ventures and Accomplice. Some of the company's other angel investors include Shopify's Jamie Sutton, Klaviyo CEO Andrew Bialecki and Attentive CEO Brian Long.

Nacelle builds an easier path for e-commerce brands to embrace a headless structure. Headless web apps essentially mean a site's front end is decoupled from the backend infrastructure, so it's leaning fully on dedicated frameworks for each to deliver content to users. There are some notable benefits for sites going headless, including greater performance, better scalability, fewer hosting costs and a more streamlined developer experience. For e-commerce sites, there are also some notable complexities due to how storefronts operate and how headless CMSs need to accommodate dynamic inventories and user shopping carts.

“We asked how do you pair a very dynamic requirement with the generally static system that JAMstack offers, and that’s where Nacelle comes in,” CEO Brian Anderson tells TechCrunch.

Anderson previously operated a technical agency for Shopify Plus customers building custom storefronts, a venture that has led to much of the company's early customers. Nacelle also recently hired Kelsey Burnes as the startup's first VP of marketing; she joins from e-commerce plug-in platform Nosto.

Though Anderson described a flurry of benefits regarding Nacelle's platform, many are the result of reduced latency that he says converts more users and pushes them to spend more. The startup has a particular focus on mobile storefronts, with Anderson noting that most desktop storefronts dramatically outperform mobile counterparts and that the speedier load times Nacelle enables on mobile can do a lot to overcome this. 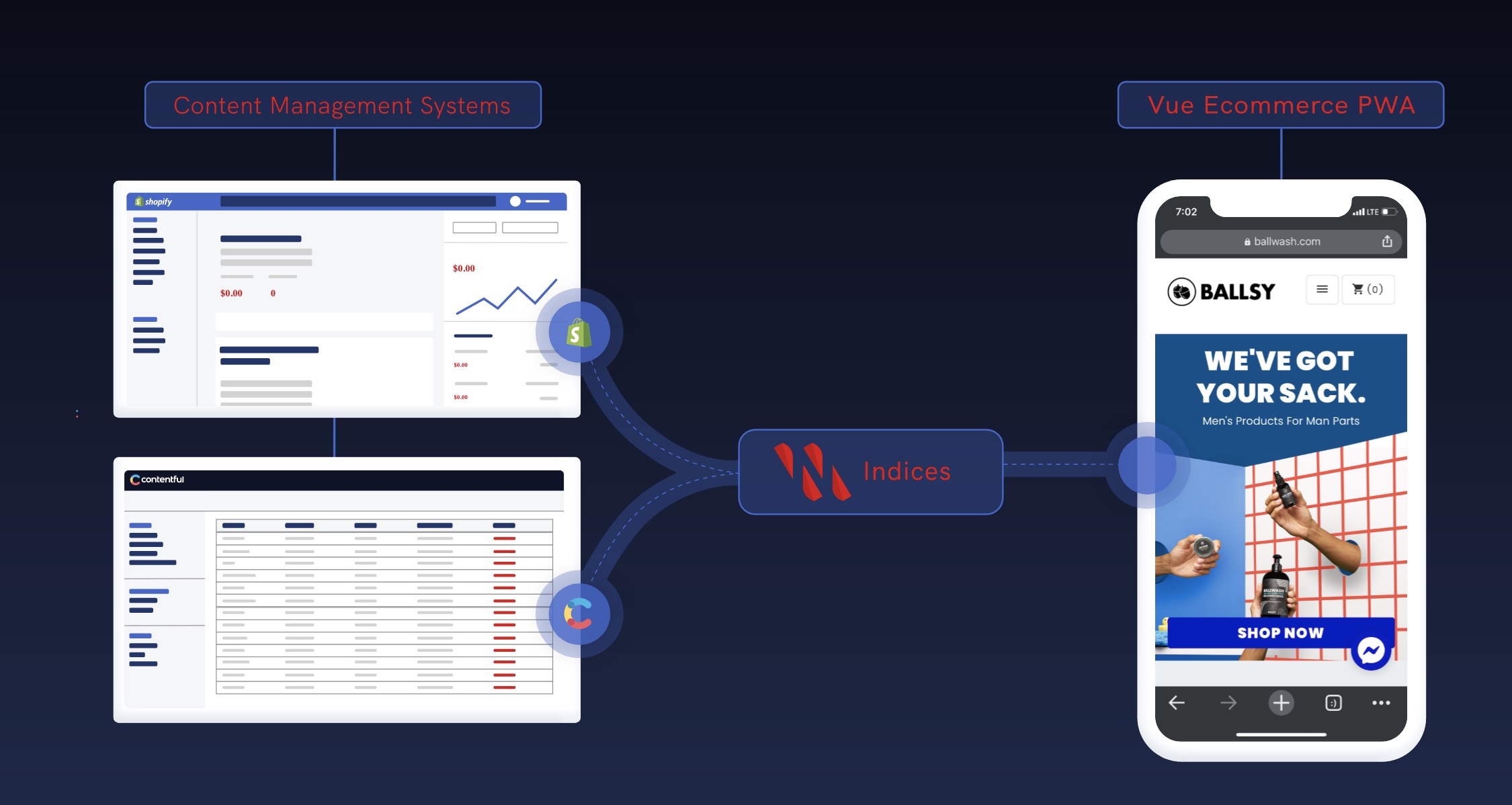 As more brands embrace headless structures, Nacelle is aiming to manage the experience. Nacelle is optimized for Shopify users to get up and running the most quickly. Users can also easily integrate the system with popular CMSs like Contentful and Sanity. All in all, Nacelle sports integrations for more than 30 services, including payments platforms, SMS marketing platforms, analytics platforms and more. The goal is to minimize the need for users to migrate data or learn new workflows.

Nacelle is far from the only young entrant in this space. Just last month, Commerce Layer announced that it had raised $6 million in funding from Benchmark.