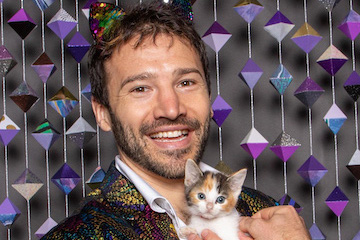 “To even think about competing in a space like phone cases,” he told me, “you have to use every one of Amazon’s marketing tools simultaneously — advertising, coupons, deals of the day, lightning deals, bigger campaigns, running ads from outside into Amazon.”

I spoke with Altschul recently about Amazon, phone cases, and custom manufacturing, among other topics. What follows is the entire audio version of our conversation and a transcript, edited for length and clarity.

Eric Bandholz: Tell us about Smartish and yourself.

Matt Altschul: I started Smartish in 2009. I still love it. We’re based here in Austin, Texas. We sell a lot of products on Amazon and some direct to consumer. It’s all online. We try to keep our business simplified for sanity. We don’t have the exposure of brick and mortar retail. My life is happy and good.

Bandholz: Do you have any business partners or investors?

Altschul: I maintain 100-percent control in the company. We have 14 people — a good team. A couple of them run the operational side and the sales and marketing side, respectively. But I oversee the ship.

We originally had co-founders that eventually either died, or I bought out.

Altschul: Yes. It was stressful. But through all of it, I’ve been in charge of everything. It’s been lonely sometimes. Who do you lean to? Who do you look to for advice? To a fault, I worked on my own for a long time. So, whoever is listening to this is already doing better than I did. You’re looking to connect with people in the community and understand more about entrepreneurship. I didn’t do that as much from the beginning.

About five years ago, I was involved in an accelerator called SKU, a consumer-product accelerator here in Austin. Now they’re starting to open some branches around the U.S. But I joined to get involved with more like-minded people in our community. And it helped a lot. It helped me open my eyes to some mistakes I was making.

It’s an excellent accelerator to join for any consumer packaged goods company, specifically in Austin, that already has a market-validated product. You give them a particular amount of equity for an accelerator program; they provide you with access to mentors and capital or at least introductions to potential investors.

Bandholz: You have to give up equity for that?

Altschul: Some equity, yes. It’s a small stake in the business that in the grand scheme of things is worth it.

Bandholz: Employees are never going to understand the pressure of growing a business. As an entrepreneur or business owner, it’s 24/7. We don’t turn it off. Have you mellowed over the years in that respect?

Altschul: I think we as entrepreneurs come to terms with a lot of things. Things that created stress in the first five, six years, over time do not. It’s a feeling of no matter how bad it looks, we’ll get through this.

Collecting state sales tax was one of those things that happened to me a couple of years ago. I was thinking, “I’ll figure out this state sales tax thing down the road.” I didn’t realize I was incurring liability for that tax I was supposed to be collecting.

I eventually came to grips with how much money I owe these states. If I encountered that in my first five years, I would’ve been stressed. But being eight years into it, I realized we’ve gotten through similar problems before, and we’ll get through this.

Altschul: I was selling on Amazon before I started Smartish. My previous company sold high-end headphones. I helped a friend launch that business. All told, I’ve been selling Amazon for about 14 years. I’ve seen many iterations of how Amazon works. Because of that experience, I’m able to maneuver and to navigate the marketplace pretty well. But there’s a new challenge every day. Some things I can anticipate and others completely blindside me.

Bandholz: My company, Beardbrand, doesn’t sell anything on Amazon. I was afraid of the fact that they could snap their fingers and our sales would be gone.

Altschul: Yes, that could happen. We had perhaps the biggest scare ever on Amazon a couple of months ago. Our products were deprioritized from fulfillment centers and got pushed out to a one month delivery on both the vendor and the seller side — 1P and 3P.

It’s certainly a risk that I’m trying to dilute by growing our direct-to-consumer market, which we’re doing a pretty good job at. But certainly a large percentage of our sales is still on Amazon.

Bandholz: You seem to have created a brand on Amazon, which is different than most Amazon sellers. Talk about that strategy.

Altschul: My idea has always been to have a brand that people like, engage, and buy products from. The flip side of an Amazon business is finding an opportunity in a product and just cranking it out for a dollar cheaper. That’s not as fun to me. I enjoy product innovation. And we try to stay in our lane. Smartish sells phone cases and related stuff. We don’t make desk mats or pens or CBD oil.

Bandholz: From an outsider’s perspective, phone cases seem highly commoditized. How do you compete?

Altschul: Phone cases are probably the second most commoditized market on Amazon (behind supplements) and the most competitive. There’s no barrier to entry for a Chinese factory to create an injection mold of an iPhone case and sell it directly on Amazon.

Most of the top 100 sellers are from China. Their products are a lot cheaper than mine. I have to have a genuinely good product — the more innovative, the better. I need to seriously consider the functionality, the style, the colors, every facet of it. Otherwise, I get bad reviews, which can sink a company. There’s no way you can live on Amazon without a really, really good product.

To even think about competing in a space like phone cases, you have to use every one of Amazon’s marketing tools simultaneously — advertising, coupons, deals of the day, lightning deals, bigger campaigns, running ads from outside into Amazon, having a PR team getting write-ups and having those write-ups pushed to your site, using Vine, using Early Review. All those things have to be running simultaneously and well.

But even that’s not going to get you in the top 100 in cases because it’s just so competitive. But fortunately so many people buy phone cases that you can live outside of that ranking and still have a pretty profitable business.

Bandholz: You’re manufacturing in China. That’s got to be challenging to manage the relationship with the factory.

Altschul: Yes. They can get lazy, for sure — about as lazy as you let them. We have a full-time team in China. I have an ex-pat who runs product development there. His team is on our payroll full time. They are in the factory almost every day working in quality control, shipping — making sure everything is under control.

Bandholz: It wouldn’t surprise me if there were Chinese factories that sell their customers’ designs.

Altschul: Out the back door. It happens. It comes down to what type of factory you’re dealing with. What’s tough is when you’re in the early stages of a business, you’re on the smaller end, and you have to deal with some smaller factories, which are sometimes less honest.

Bandholz: Are you able to get pre-production iPhones from Apple so your cases are available on launch day?

Altschul: It’s a good question. The answer is no.

How do we know how the specs or the details a new iPhone case? We have to start designing six months beforehand. We have to begin tooling four months before. Two to three months before, we have to go into production, and we’re cranking out tens of thousands of units two months before the phone’s even announced. It’s a big risk.

Almost every case manufacturer works off of leaked three-dimensional models. Whether Apple allows this to happen, they know they can’t control it. But nearly every case manufacturer has to work off rumored designs. We’re like, “Okay, I think this is correct.” Or, “This is probably 90 percent correct.” Or, “Maybe this is probably 97 percent correct.” And then one day we have to decide, “We’re going to lock-in. We hope that it’s right.”

Bandholz: I can’t imagine. I always assumed that Apple had these relationships with case makers and sent them prototypes.

Altschul: No, they don’t. Only the top two or so case manufacturers have official specs from Apple. But it can be a disadvantage as well because you’re in bed with Apple, and it’s controlling when you can produce your products. They say, “You can’t even start your manufacturing until the day we tell you.” You can’t even speak the name of the new iPhone until after the announcement. In contrast, everyone else is already putting the listings up and producing inventory. So, there are pros and cons.

Bandholz: I’ve enjoyed our time. Where can people learn more about you and your products?

Altschul: They can find us at Smartish.com or Amazon.