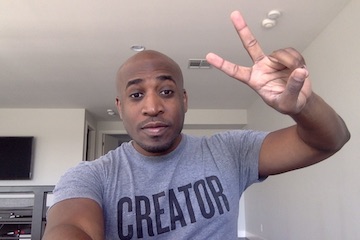 Entrepreneurs tend to become emotionally entwined with their businesses. “It’s my baby,” an entrepreneur might say when describing his company. He may speak of “growing his baby” or “protecting his baby.”

But not Rohan Gilkes.

“There’s no emotion,” he told me. “I have no babies. I build businesses for the cash flow. If someone approaches me and says, ‘[Here’s the number] I’ll give you,’ I’ll calculate it. If it works out from a mathematical standpoint, then I sell it. It’s all based on the metrics and the data.”

Gilkes’ success speaks for itself. Wet Shave Club, a subscription business, he founded and then sold. Launch27, a SaaS platform for service businesses, he founded and sold. Maids in Black, an on-demand cleaning provider, he founded with $450 and still owns — with revenue exceeding $15 million.

He and I recently discussed his journey. What follows is our entire audio conversation and a transcript, edited for length and clarity.

Eric Bandholz: We have a lot of catching up to do. It’s been five years since we last spoke.

Rohan Gilkes: Thanks for having me. I’ve been working in all types of businesses since then. When we met in 2015 I was working on Wet Shave Club — a subscription box for shaving products. I’ve since sold that and started other businesses.

Gilkes: Yes. That’s how I started. I wanted to build a maid service that felt like an ecommerce store: pay by credit card, complete the transaction online, and do all the conversion optimization stuff that people typically associate with ecommerce. I called it Maids in Black. I got to the first million dollars in like 18 months. It was insane.

Everything is easy except the people component. Getting customers, the technology, the marketing, all that stuff was natural to me. But it’s been eight years in, and I have not solved the employee-people component. But, still, it’s done well. We crossed $15 million in revenue.

Bandholz: How do you grow these multi-million dollar businesses?

Gilkes: I focus on one at a time. When my first one got big enough — like $3 million per year — I hired people to run it. And then I moved on to the next product. When that got big enough, I sold it. It seems like I’m like juggling a lot of things, but I’m actually doing them one by one.

Bandholz: How do you know whether to keep a business or sell it?

Gilkes: It’s based on the cashflow — a mathematical decision. There’s no emotion. People ask, “How can you sell your baby?” I have no babies. I build businesses for the cash flow. If the cash flow is right and if it will be consistent for the next 20 years or so, I’m happy with that.

But if someone approaches me and says, more or less, “You know what? I can move that future cash flow to the present, and here’s the number I’ll give you.” I’ll calculate it. If it works out from a mathematical standpoint, then I sell it. It’s all based on the metrics and the data.

Bandholz: Then you’re able to use that cash for other projects.

Gilkes: Exactly. I’ve never raised a penny or borrowed money. I just cash-flow it up. Some fail. Let’s be real.

Bandholz: How do you know when a business is failing, when you’re throwing good money after bad?

Gilkes: I start businesses like I’m poor. My first business I started with $450. That’s all I had. So even now, when I think about starting a business, I’m looking for something that I can start for what would have been one or two months’ salary. I’m not putting $100,000 into a business. I’m putting like $2,000 to $5,000 into it. So if it doesn’t work, it doesn’t work. I’m not ever going to lose my shirt since I started it in a very modest way.

Bandholz: Your current project, Jasmine, is a marketplace type of business.

Gilkes: Yes. I enjoy community building. It opens all types of opportunities. Sometimes I can figure out what I’m trying to sell before I build the community. But often, I create the community first and then decide what to sell.

Jasmine came out of helping people put together courses and ebooks and digital products and knowing that they needed the marketplace to sell them on. There are marketplaces out there already. But I felt like I could do it in my own interesting way. And that’s what led to Jasmine.

Bandholz: How is it different from existing alternatives?

Gilkes: I wanted to remove transaction fees. I wanted a place where people can come and, for very low flat rates, sell their products without the burden on transaction fees. And I also wanted recurring income, which I’m after in all of my projects. Instead of just selling one ebook, authors or creators can buy a subscription, which covers everything that they create and upload to the platform going forward. So those two things are what people wanted. And that’s what we built.

We’re still pre-beta. But we’ve collected a couple of thousand signups in probably three and a half weeks. It’s been pretty wild.

Bandholz: Do you have partners in your businesses?

Gilkes: My first business, Maids in Black, I started on my own. Every other business I’ve built successfully was with a partner. I bring on people that have skills I don’t have but have a good work ethic. I give them a part of the business. I can have 50 or 60 percent of a watermelon instead of 100 percent of a grape.

Bandholz: Is it always just one partner? Do you have the same partner in multiple businesses?

Gilkes: It’s generally one partner. I’ve built two businesses with one person. Then I’ve built two other businesses with two other partners. Again, I look for a person with skills that I don’t have. I’m not a techie or a web developer. For my software business, I brought on a technology person. With another business, I brought on a social media guy. So it just depends on the type of business I’m building and where there’s a weakness.

Bandholz: How do you find those people?

Gilkes: From the communities that I built. That’s another benefit of building a community. I can reach out and say, “It looks like you’re good with this particular thing. What do you think about this project?” And they’re like, “Let’s do it.” Very often it’s like that. So everyone that I’ve worked with comes from a community that I’ve built, and I’ve been talking to them for years before we ended up partnering.

The ownership split is usually 51 percent (me) and 49 percent (my partner). So I’m giving up roughly half the business. If the person has the right type of work ethic, if it’s someone I want to talk to every day and spend time with — if those things exist, then I’m comfortable, and we get to work.

Bandholz: You mentioned another project you’re also working on, beyond Jasmine.

Gilkes: It’s called Dreamdesk — Dreamdesk.io. It picks up where Launch27 left off. As I was working on Launch27, I noticed a lot of small home service businesses used nine or 10 platforms to manage their operations, such as Grasshopper (for phones) or ActiveCampaign (for email) or Basecamp and Trello (for collaboration). With Dreamdesk, we’re consolidating all those tools in one platform.

Bandholz: Your businesses tend to spawn other businesses. You don’t start from scratch each time.

Gilkes: Exactly. If people listen to me for one thing, that’s it. My first business was to rescue myself from not having an income, being laid off. Every other business grew from that.

Bandholz: Where can people connect with you, learn more about you and your projects?