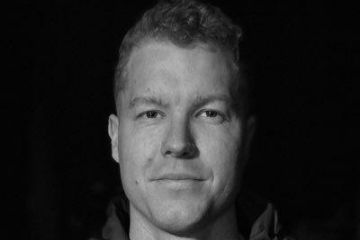 I asked Sam Parr, the founder of The Hustle, an email newsletter with curated business and technology news, how he has grown his list to over 1 million subscribers.

“It’s fricking hard,” he told me. “For the first 100,000, I spent all of my time on Reddit. Then I shifted focus to news only. Then I created an ambassador program, which helped us get to about 500,000. We now have complex and sophisticated systems that track each subscriber — gold, silver, and bronze.”

Subscriptions are free for The Hustle. But related services, such as Trends.co, a community for entrepreneurs, are not. He and I recently discussed his company’s strategy, his inspirations, and, yes, fake news.

What follows is our entire audio conversion and its transcript, edited for length and clarity.

Sam Parr: While in college I owned a chain of hot dog stands in Nashville, Tennessee. The business was called Southern Sam’s: Wieners as Big as a Baby’s Arm.

I moved to San Francisco in 2012 to start Internet companies. I launched Hustle Con two years later. It’s like a Ted Talk conference for entrepreneurs. I didn’t expect it to make money. But it did — $60,000 in the first six weeks — via an email list.

But I didn’t want to be just a conference guy. It wasn’t interesting to me. I read a book about Ted Turner, the founder of CNN. His story of building a media company was inspiring. So in 2016 I launched The Hustle. It’s an email newsletter that goes out to over a million subscribers each day. We have a team of journalists. We cover the best and most engaging business news every morning.

It’s just email, but it’s quite a big business — seven figures in revenue each month. My vision from day one was to build this huge email list of like-minded people. Then we create related services and sell them to subscribers. We now have Trends.co, it’s a private community for entrepreneurs

We’re going to keep launching similar products. I’ve stolen the idea from SoftBank, the Japan-based conglomerate and holding company. The founder, Masayoshi Son, is a celebrity.

Bandholz: What sort of products?

Parr: I’m fascinated with this whole fake news thing. People’s trust in the media is at an all-time low. I’m interested in solving that problem in unorthodox ways. We’re tinkering with products to help solve that. In Japan, and ironically in China, people consume news in a vastly different way. So I’m studying how they consume information and whether they trust the media.

How do you give people truthful information? Every morning I go to Huffington Post and then to Breitbart — extreme left and extreme right. Then I go to CNN, and then to Fox. It’s quite challenging to find the truth. And so I’m pretty obsessed with how to give people truthful information. There’s going to be a shift in the next three or four years. People are going to pay for news way more than now.

Bandholz: How are you acquiring subscribers?

Parr: Let’s just say, hypothetically, that we have 1 million subscribers to The Hustle. I spent three years building up this email list, so I can probably get upwards of 2 percent to sign up for Trends, as an example. That’s how I think about that those initial subscribers.

I get you to join The Hustle. You fall in love with me over several weeks by reading all this free news. And then I offer you Trends. Two percent of subscribers will join. So that works quite well.

Facebook is working wonderfully. The coronavirus has been a blessing for us and a lot of other subscription companies.

Bandholz: I’ve never been able to figure out how to grow an email list to a million or more subscribers.

Parr: It’s fricking hard. For the first 100,000, I spent all of my time on Reddit. I would find interesting subreddits and comments that I thought I could exploit. For example, I found a Soylent subreddit and then wrote a blog post about living on Soylent for 30 days. I posted it on there, which generated traffic. And I would do that repeatedly.

After I got to 100,000 subscribers, I shifted the focus of the email to news only. We would send news Monday, Wednesday, Friday. Then we switched to five days a week. Open rates went up, and churn went down.

Then I created an ambassador program. That helped us get to about 500,000. And I started doing paid marketing around this time. If an email address is worth $15, for example, I’ll spend a lot of money to obtain them at $2.

We now have complex systems that track each user. We have gold, silver, and bronze users. I know where to find the golds, but I still need the bronze because they make up the quantity. We have a very sophisticated way of going out and getting all of them. We’ll add 300,000 new subscribers net this month [June 2020].

Roughly 50 percent of them will be via paid channels. But we have a lot of organic, too. Approximately 2,000 people per day go to TheHustle.co from organic search and subscribe. And we’re giving away a $35,000 Tesla this month. It’s a great way to get new subscribers. Those giveaways work.

Bandholz: Where can people find you?

Parr: I’m best found on Twitter, theSamParr. If you want to sign up for The Hustle, go to TheHustle.co. Signing up for Trends will cost just $1 for a week. If you don’t like it, just click cancel. You’re only out a buck.