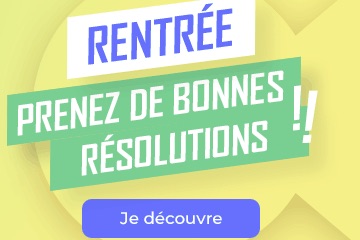 France has the third-largest population in Europe with 65.3 million residents and the second-largest ecommerce market. French consumers are loyal to their national brands and often shun cross-border ecommerce. Roughly 60 percent of French shoppers make only domestic purchases, according to the Ecommerce Foundation, a Netherlands-based research firm.

The French also buy services online — mostly travel, event tickets, and music subscriptions. Foreign merchants would likely have relatively more success by selling their goods on one of France’s many marketplaces.

Over the last several years France has experienced modest ecommerce growth at a declining rate. The Fédération E-commerce et vente à distance (Federation of E-Commerce and Distance Selling, or Fevad) reports that total French online sales — physical products and services — are expected to reach €115 billion, an increase of 11.4 percent year-over-year. Most websites are in French and operate from .fr domains, including Amazon, the biggest online marketplace in that country.

The French market is just below the European average in terms of Internet penetration, the percentage of ecommerce consumers, and average expenditure. Compared to other major E.U. countries, Internet penetration is low in France, especially in rural areas. However, the percentage of consumers who buy online is growing, reaching 77 percent in 2019. Shoppers spent, on average, €2,266 last year.

The French show an affinity for marketplaces, which account for half of online shopping, according to SimilarWeb. Amazon is the most popular online store with 8 million active customers, according to Fevad, representing 63 percent of marketplace customers.

Cdiscount, a native French marketplace, is second with 2.5 million active customers and 20 percent of all marketplace sales. It offers low prices on technology, appliances, and furniture.

Fnac is another popular native French marketplace. It represents 17.3 percent of French marketplace sales and is also a popular physical outlet with 160 retail stores. Founded in 1954, Fnac merged with major retailer Darty in 2016. Ecommerce now accounts for 19 percent of the total sales of the combined entity. Fnac offers a click-and-collect option for in-store pick-up. Fnac Express+, a competitor to Amazon Prime, provides same-day delivery. Fnac has expanded its marketplace to Belgium, Spain, Portugal, and Switzerland.

Auchan is a France-based global retailer that opened an online marketplace in 2015. Its core products are groceries and apparel, but it also sells home goods and electronics. The marketplace is open to third-party sellers. Auchan owns grocery stores throughout Europe.

Other foreign marketplaces that operate in France include eBay, Rakuten, and AliExpress.

While not a marketplace, Veepee is a member-based French retailer that launched in 2011. It offers online flash sales for, mainly, apparel goods. Besides France, it operates in 10 European countries.

According to the “France 2020: Ecommerce Country Report” from RetailX, a U.K.-based analysis firm, “Privacy and data security are especially important to French consumers. These may be a significant factor in whether and how they choose to buy online, and in deciding whether they choose new market entrants over established French brands and retailers.”

Bank debit cards are the preferred payment method of 80 percent of the population, according to Fevad. Forty-percent of French mobile-payment shoppers use Apple Pay, according to Statista. Google Pay is also popular.

According to Statista, apparel is the most popular product purchased online at 58 percent of French Internet users. Travel and tourism come in at 40 percent, while footwear, games, and toys garner 39 percent of Internet users. The fashion-conscious population spent €12.4 billion online on apparel in 2019.

France can seem hostile to foreign businesses. In July, the country announced plans to curtail the development of new warehouses by ecommerce companies. The newly-appointed Minister of Environment, Barbara Pompili, explained that France wants to protect small retail businesses that suffered during the Covid-19 outbreak, by helping them survive the expansion of major ecommerce companies such as Amazon.

The French government has a contentious relationship with Amazon and closed several of the company’s warehouses early in the pandemic after employees complained about unsafe working conditions. The warehouses have since re-opened. Nevertheless, if foreign ecommerce companies are perceived as a threat to small French businesses, the government may take further actions.