Bambuser is a name that you may not have heard in a while, but the Stockholm-headquartered company is announcing today that it's raised $45 million in new funding this year, with $34.5 million of that amount raised during the pandemic.

Bambuser's history goes back more than a decade (the first TechCrunch coverage appeared in 2008). CEO Maryam Ghahremani told me that the founders' idea — using smartphones to stream live video journalism — made them “very, very much ahead of their time.”

However, being ahead of your time isn't always a good thing, and Ghahremani that the company has also struggled with having “too little capital” (although it publicly listed on Nasdaq First North in 2017) and also with turning its technology into a great product and a scalable business model.

So Ghahremani was brought on to change all that two years ago. She told me she soon saw an opportunity in the growth of live video shopping, particularly in China, with potential clients starting to ask whether Bambuser had any products for this. It didn't at the time, but it quickly shifted focus and launched its first live video shopping products last fall.

“We didn’t plan for the pandemic to hit the world,” Gharemani said. “We started this because we believe that this is going to be the future of retail.”

At the same time, she suggested that the pandemic — and the resulting shutdowns and struggles of brick-and-mortar retail — have accelerated the transition, giving Bambuser's business a big boost. The company's offering has been used by brands including H&M, Motivi, Moda Operandi, Frame, LUISAVIAROMA and Showfields, and it says that in Q2, net sales were up 669% year-over-year. 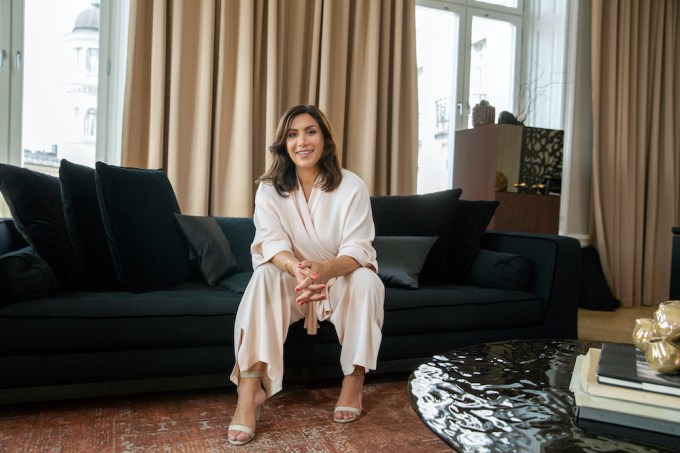 While e-commerce and social media platforms are expanding their support in this area, Gharemani said brands are turning to Bambuser because they want to offer this live shopping experience while still owning the brand experience, the customer data and the transaction itself.

She also emphasized that Bambuser is focused on being a business-to-business product, rather than a consumer shopping platform.

“We are trying to create not another Instagram or Facebook or marketplace, because we believe other [companies] are already doing that,” she said. “We're not even interested in going into that battle. What we’re trying to do, what we need to do is help the larger brands.”

Among other things, Gharemani said she'd hoped to create a physical presence in the United States earlier this year, but those plans were delayed by the pandemic. Still, she's now planning to open a New York office this quarter. And in the meantime, the U.S. has already become the company's largest market.