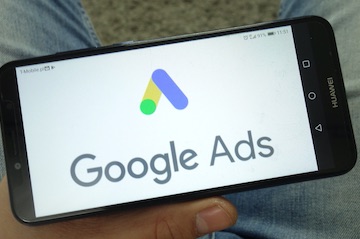 Google Ads scripts automate routine tasks. Last fall, I shared three such scripts that are helpful to me.

What it does. No account is perfect. Sometimes Google will disapprove ads. Instead of manually checking each ad group or running a filter to view all disapproved ads, you can set up “Disapproved Ads Alerts” to notify. The script, from developer-consultant Nils Rooijmans, provides an output in Google Sheets with the disapproved ads, including their campaigns and ad groups, and the reason for disapproval. I typically run the script daily.

What to customize. This script requires only two updates.

What it does. Ads can stop showing for multiple reasons, including account suspension and invalid payment methods. However, accounts can be active with no activity due to disapproved ads, negative keywords that block positive ones, incorrect dayparting settings, and more. It’s critical to know if an account has no activity, whether its impressions, clicks, or cost. Whatever the metric, the “Account Down” script from Optmyzr runs hourly and sends a notification if there has been no activity during a designated number of hours.

What to customize. This script requires three updates.

What it does. A Google Ads account could have thousands of new search terms every week. Each term has optimization settings, such as:

What it does. This daily script, also from Optmyzr, compares the averages of various metrics — clicks, impressions, cost, conversions — across all targeted locations, and then sends alerts for unusual variances. The Google Sheets output looks at the metrics for one day and compares them to the average of a previous, designated number of weeks, which users can customize. The script could report how the metrics for yesterday (a Tuesday, say) compared to the previous eight Tuesdays for a given location. The number of weeks, the metric, and the threshold can be customized in the script.

For example, say Boston typically has 100 conversions on Thursdays, but the most recent Thursday had only 25. The Geo Anomaly Detector script could send a notification of the change. Potential reasons include a lower budget, a new bidding method, and even an external factor, such as a holiday.