Back in 2006, Joseph Heller went to China where he spent the next decade learning about the manufacturing business. Based on that experience he eventually built a startup called The Studio. The idea was to help connect people with a small business idea to manufacturers in China in a fully digital way.

By 2016 he had grown his startup into a $10 million annual business with 100 employees around the world. But when it came to fundraising back in the U.S., Heller found it wasn't easy for a Silicon Valley outsider to get in the door without connections.

He persevered and in 2018 landed an $11 million Series A from Ignition Partners, which allowed him to expand his business. But he still wondered if he would have done even better with the capital and guidance that comes from working with an early-stage VC firm in Silicon Valley much earlier in the process.

We sat down with Heller recently to learn how he built a company from the ground up with little outside help and what it was like to raise those funds.

While Heller was in China, he learned how to navigate the manufacturing landscape and was able to build up a nice consulting business by helping big brands get goods manufactured there. But he saw an opportunity to do more, and especially to help smaller businesses looking to manufacture goods in China in much smaller batches than the big operations would typically require.

The latter was much more difficult to do, and Heller sensed there could be a business opportunity to work with small companies empowered by platforms like Shopify with a way to sell goods online. What they lacked was a way to manufacture them.

“I just felt that it's crazy that we've democratized the ability to set up a web store with Shopify, and use Instagram to get the message out there. Everything's been democratized for these small brands, but the manufacturing piece was still really hard to penetrate,” Heller told TechCrunch.

He decided to build on that idea by creating a company that would make it easier for small businesses to order custom goods from micro factories in China, giving them access to the same opportunities as big brands, but in much smaller batches. That idea became The Studio.

“We basically ended up building relationships with these small micro factories in China that we trained to run smaller batch manufacturing, and then we built software that enabled these SMBs to place orders with these factories. So instead of having to order 30,000 pieces, they can order 100 pieces,” he explained. 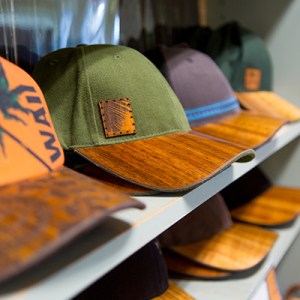 Struggling to get meetings

When Heller went looking for funding, he had built the business to $10 million in annual revenue, and he believed that he had a solid enough organization to draw the attention of venture capitalists.

After all, this was a business he had painstakingly built and grown into a healthy early-stage company based on years of experience in the field. He had taken it to market. He had proven product-market fit. He had customers. Seemed like it would be a slam dunk to get funding.

In reality, though, he struggled to get meetings. While Heller, who is Black, says that it can be difficult for Black founders to get access to venture capital firms, he sees it as part of a larger issue of general lack of access for those who don't have the right connections.

“For starters, there are certain people that just don't have access to VCs. And it's not just a Black issue. I think it's more of an issue of VCs just being very exclusive and it tends to be mostly White people that have those types of connections,” he said.

He added, “If you're not in Silicon Valley and not in that very exclusive VC club, it's basically almost impossible to raise money and so that was never even an option for us [early on],” he said. Instead he bootstrapped the company with his own money, but when he had built the company to the level he had, he wanted outside capital, and he believed he was in a good position to get it.

Heller was able to get a meeting through a connection from his days at the University of California, Berkeley, who had been a venture capitalist. That led to other meetings, which led mostly to a lot of disappointment. To be fair, it's hard for anyone to break into this system and present a compelling case, but Heller had built his business to $10 million in revenue. That had to count for something.

“It was very clear that I was an outsider in Silicon Valley trying to penetrate it, and this was already a $10 million business with a very competent engineering team. We had proven out a lot of things, and I feel that if I were part of that kind of exclusive VC network, we would have raised money a lot quicker,” Heller lamented.

He did note that he believed being Black was at least a factor in his struggle to get attention from VC firms. “It is particularly difficult for African American and other founders to just get initial capital to start their business. I spent a lot of my personal money, and years making mistakes, because I was so far away from the centers of capital,” he said.

Heller says he felt he might have lost something along the way because of that.”I've seen countless founders that have good VC connections able to raise $1 million to $5 million seed rounds, with literally no product and just an idea,” he said. “This option was not available to me.”

After 18 months of meetings, he finally received $11 million from Ignition Partners. He said because of his struggle and the time and energy he took to keep pitching, it was a great feeling of accomplishment when Ignition finally funded his company.

“This was something that I really wanted, and it kind of validated that we did have a real business that was worthy of being funded,” he said.

Although Heller says this year has been difficult for international manufacturing due to the pandemic, he has built his business to $20 million in annual revenue and around 150 employees since getting his A round in 2018.

He also launched a new business earlier this year called SuppliedShop.com, which allows very small businesses to buy ready-made inventory from factories. He reports that the new business is already growing 50% month over month.

Connections certainly count as Heller found, but sometimes it also takes grit and determination and a good idea to build a company. That's what Heller brought to this process. He still believes that it's best to look at the outcome, rather than focus on the struggle it took him to get there.

“I do think that, although there is racism and there are these real struggles, I also think people should be recognized for trying to make changes, and hopefully this will be a catalyst for people making more change,” he said.