Looming changes in ecommerce development could provide a short-term competitive advantage for some businesses.

Many platforms provide the technology and infrastructure to support present-day ecommerce. These platforms give a business just about everything needed to build an ecommerce site. They are comprehensive and monolithic. But they are also restrictive and, in a sense, closed.

Or so JAMstack proponents imply.

“JAMstack” describes a technology stack consisting primarily of JavaScript; Application programming interfaces; and Markup, which in this context is HTML rendered ahead of time via a static content generator.

But the term is sometimes applied to the broader ecosystem that is emerging around those core technologies, including headless content management systems, an API economy, and edge computing technologies, which bring computation and data storage closer to where it’s needed, improving response times.

To help explain the JAMstack, Matt Biilmann, the CEO and co-founder of Netlify, a platform built to automate JAMstack development and deployment, suggests thinking of a box.

“Traditional monolithic systems like WordPress, Rails, Drupal, and so on — they always had the plugin system inside, so you would have WordPress plugins, inside WordPress,” Biilmann said.

“That was…a limiting factor; everything had to fit into that model…of like, ‘We have this box and we have these things inside it.’ And now that whole extension system has moved to different APIs and services [outside of the box], which is more powerful in so many ways.”

JAMstack may free or liberate, so to speak, the APIs that power extensions and plugins for leading website platforms.

Biilmann notes that if you wanted to add a new payment provider to monolithic or comprehensive systems, you could simply add a plugin. Similarly, if you wanted to deploy a new page or an entirely new site, it was essentially done for you.

With the JAMstack, a company would need to identify a payment provider, integrate it, and test it. It would require a process to update pages and deploy, as well as understanding what portions of a page could be static versus dynamic.

These are some of the hurdles that Netlify and its competitors, such as Vercel, are trying to overcome.

So the JAMstack at once provides developers — and the businesses they work for — with a lot of freedom and difficult choices. 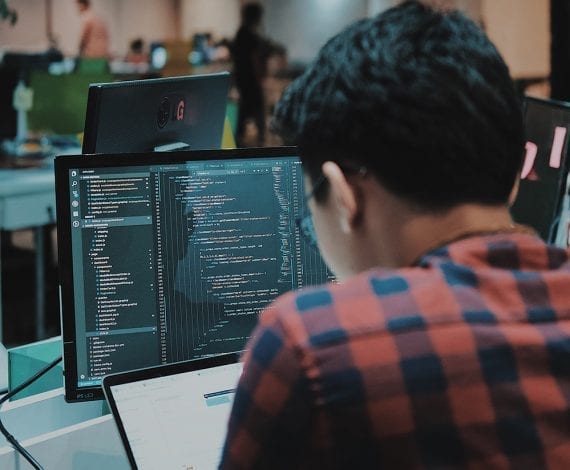 If it is going to bet its technological future on the JAMstack, an ecommerce company should understand who is using it.

In most cases, developers will drive the move toward JAMstack since they tend to see the benefits first.

What’s more, the number of developers interested in the JAMstack and its associated technologies seems to be increasing.

Bach, who, like his partner Biilmann, is from Denmark, becomes animated and excited when he talks about JAMstack, like a sports fan recalling an amazing play.

“A year ago, we spoke with Gartner — I think with three [Gartner] analysts. Now they are reaching out every week to talk to us,” Bach said, enumerating what he believed were indicators of JAMstack growth.

“I saw on The New Stack that the CEO of WordPress was out there saying, ‘Oh no, I don’t think about JAMstack, maybe that’s not the best idea.’ … For us [Matt Mullenweg’s reported comments] were like validation,” Bach said.

According to The New Stack senior editor, Richard MacManus, Mullenweg, who developed WordPress and is the CEO of its parent company, Automattic, said, “JAMstack is a regression for the vast majority of the people adopting it. …The usability and functionality are actually lower. Even rebuilding sites in JAMstack harkens back to the Movable Type days, where the bigger your site gets, the slower it is to rebuild or update templates,”

Mullenweg is not necessarily wrong, especially if some of those people adopting JAMstack lack the JavaScript skills to access APIs and develop custom features and functions for a site or application.

It is possible to follow a simple tutorial and have a WordPress site up and running with, say, WooCommerce. Using JAMstack requires more development skills.

Nonetheless, it is worth mentioning that WordPress, BigCommerce, Shopify, and many other similar platforms offer API access, effectively making them headless content management systems that work with JAMstack technologies.

The JAMstack ecosystem offers potential competitive advantages to an ecommerce business. These include security, performance, scalability, rapid development, efficient use of developers, and cost savings.

“The traditional web model had huge issues around security. I mean…we get 100 million requests a month at Netlify — just us — that starts with ‘wp-admin.’ Obviously we don’t host WordPress sites. But that’s pretty insane. It’s like saying, ‘Hey, if you haven’t updated your WordPress site for a week or two, we’d love to infect it.'”

Bach’s point is that those 100 million monthly requests looking for a WordPress admin page might be hackers or their bots searching for vulnerabilities.

“Malware has become a huge issue, and 95 percent of it is these monolithic web applications that have to be exposed by default, by the nature of the beast,” Bach said.

The content management systems that Bach is describing build pages dynamically, meaning that a user’s web browser calls a server, which in turn calls a database. In this way, the database and server files are “exposed” by default.

JAMstack implementations may have similar problems associated with dynamic content. But many of the pages sent to a user’s web browser will be static. As a result, they don’t expose connections to the server or database.

Interestingly, early adopters to the JAMstack will benefit most from its inherent competitive advantages. For example, static sites or sites built with a combination of static and dynamic content should be much faster than sites using the common server model.

Bach said his company has seen a 20-percent increase in conversion rates for some ecommerce businesses when they moved to a JAMstack-based site. Thus, more businesses will likely follow, progressively diluting those competitive advantages.

As with so many things in business, the answer to whether your ecommerce company should migrate to the JAMstack depends on its needs and competitors. If you require an ecommerce site that’s faster, more secure, tightly integrated with a mobile app, and possessing unique workflows, JAMstack may be worth the bet.