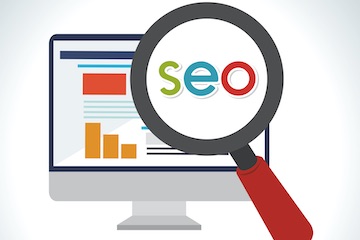 Many myths surround the complex signals that search engines use to determine organic rankings. I’ll debunk nine such myths below and share the four factors that matter.

Domain age. One of the most popular myths is that older domains rank more strongly. It’s not true. The major search engines have access to domain age, IP address, and owner. However, Google’s John Mueller confirmed that domain age is not a ranking signal, tweeting, “…domain age helps nothing.”

Site age, on the other hand, has more ranking relevance. Very new sites — less than six months old — have trouble ranking. Backlink age also influences rankings. And the age of a site tends to correlate with more backlinks. However, even a site that has been around for 25 years won’t rank well unless other sites have linked to it along the way.

Business age. The longevity of your company does not influence your rankings. It may influence consumers’ likelihood to do business with you, but search engines’ algorithms don’t show a preference for tenured companies. If you see a long-established business ranking well organically, it’s because the site communicates relevance more strongly, has a quality link profile, or has superior technical SEO standards. Likely it’s a combination of all three.

The aggregated clicks from the billions of daily searches do influence organic search results, though. When thousands of people click on it for a specific query, your site is more likely to rank highly.

Your personal search results. Everyone’s search results are personalized based on where you are and what you’ve searched for and clicked on, among other things. For example, if you search for your most cherished keyword every day, ignore your own site, and click on your competitors’ sites, you may start to see those competitors ranking higher.

Google’s and Microsoft’s ad preview tools are the only way to see the actual ranking set for keywords. They’re intended to help research ad performance, but they also show the first pages of organic rankings. You’ll need advertising accounts to use them, but they’re more accurate than even an incognito search.

Alexa rank and other third-party data. Data for third-party tools (Alexa, SEMrush, Ahrefs, Majestic, others) come from sources other than Google’s or Microsoft’s algorithm. The tools cannot perfectly measure or predict your organic search performance.

For example, SEO tools use a combination of public ranking data and analytics — if available — to estimate your traffic and sales for each keyword. They’re at least based in part on data from the search engines. Alexa Rank, on the other hand, relies on the browsing behaviors of internet users, which Alexa then extrapolates into estimated traffic and engagement.

Other successes. Ranking success or reputation in one area of business does not guarantee high ranks in others, even if they’re related. For example, Nike is the only manufacturer ranking on page one in Google for “soccer cleats.” But that doesn’t mean Nike can rank well for “shin guards.” The search phrases are related. Nike does make shin guards, and Nike’s brand is internationally recognized. But the site’s content and searchers’ desires don’t merit strong “shin guards” rankings where it matters — in Google’s algorithm.

Ad spend. Google and Microsoft both strongly deny that the amount you spend, if any, on their paid search platforms has any connection to organic rankings. I’ve seen many top brands with paid search budgets in the millions of dollars and weak organic search performance.

An apparent correlation between ad spend and organic rankings can be attributed to other factors. For example, the more you advertise, the stronger your brand recognition, presumably. And strong brand recognition can increase searches for keywords that contain your brand. Branded search queries typically rank well for that company, which should increase its organic search traffic.

Meta keywords. Since 2009, when Bing stopped using them as a positive ranking signal, meta keywords have no role in U.S. rankings. Yes, China’s Baidu continues to pay attention to them. But unless you sell in China, meta keywords don’t benefit organic search.

Work effort. The following have no impact on organic search performance: