While many companies are using chatbots and other forms of automation to manage their communication with customers, Boston-based Tone is betting that humans will remain a key part of the equation.

“The traditional models of bots and humans is, ‘Hello, I’m a bot, now you get to battle with me to finally get to a human,’ ” said Tone CEO Tivan Amour. “Our version of that is, ‘I’m a human using AI to get you the answers you need more quickly.’ ”

Amour and his co-founders Vlad Pick and Kyle Weidman previously created a bicycle startup called Fortified Bicycle, and he said they “figured out that the best way to close our customers on these $750 to $1,000 orders was to actually engage them in text message conversations.”

After all, when it comes to “high consideration” purchases like bicycles, people usually want to discuss their questions and concerns with another human being. Over time, the Fortified team built what Amour said was a “semi-automated system” to help its sales team stay on top of these conversations.

“We started bragging to our friends about it, ‘You’ve gotta do this, it’s the future of mobile commerce,’ ” he recalled. “And they'd say, ‘Okay, that’s cool, but we don’t have any of the systems of doing that, we don’t have the salespeople.’ ” 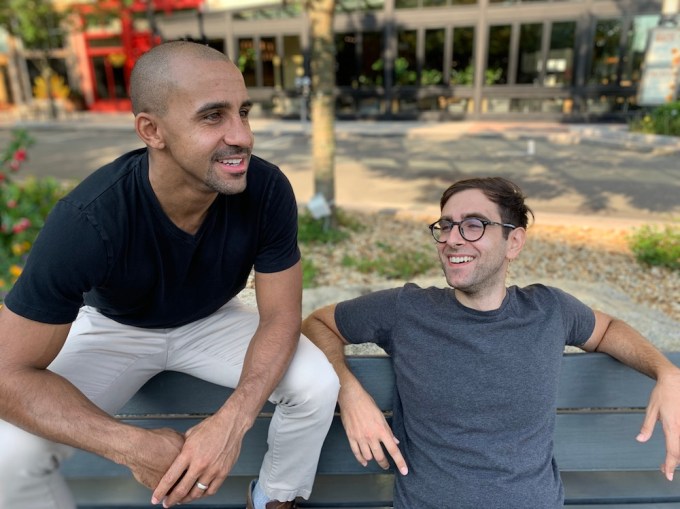 So after selling Fortified Bicycle, Amour and Pick created Tone to help any e-commerce business manage similar text message conversations. Tone employs its own team of human agents to actually do the texting, assisted by software that helps them find the information they need.

It integrates with e-commerce systems like Shopify and Magento, and it’s already working with more than 1,000 brands like ThirdLove, Peak Design and Usual Wines — which are seeing as much as a 26% increase in revenue and a 15% increase in order size.

Amour also noted that specific Tone agents are assigned to specific brands, which means that customers will be talking to the same person whenever they have a question for that business. In some cases, customers have been talking to the same agent for months or years. (Update: Tone clarified that this isn't a person, but a single persona that's probably an amalgamation of multiple agents.)

“Particularly in a post-COVID world, it’s pretty clear that online shopping has become the dominant form of shopping, but I think nobody has thought about how you replace that human experience that you get in traditional retail,” he said.

Tone is announcing today that it has raised $4 million in seed funding led by Bling Capital, with participation from Day One Ventures, One Way Ventures, TIA Ventures and executives from Google, Facebook, Dropbox and Uber.

With the new funding, Amour said Tone will be able to build out the “relationship automation” aspect of the product. He also suggested that the platform could eventually expand beyond text messaging, but it sounds like that’s not a big priority.

“In theory, we’re a conversational sales platform more than we are an SMS company,” he said. “However there are a bunch of trends right now [such as the growth of mobile commerce] that make SMS the most obvious place for this sort of innovation.”