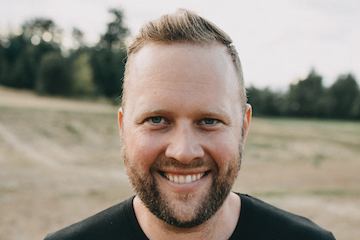 Jordan West launched Little & Lively, a direct-to-consumer children’s apparel company, with his wife, Carmen, six years ago in Canada. The business has grown to mid-seven-figures in revenue selling through its website, mostly. He’s a master at creating demand for his products before they are available for purchase.

“We had a recent launch where, in a single day, we did about $250,000 in sales without discounts or ads,” he told me. “We did what’s called a gated launch. We password protected the site for 24 hours. This drove the anticipation. Then we gave our VIP group and our SMS list two hours early access before the general public.”

I spoke with West recently about his business (which includes a women’s apparel brand and a marketing agency), the benefits of local manufacturing, and the psychological impact of reaching a life-long income goal at a relatively young age.

The entire audio version of our conversation is embedded below, followed by a transcript, which has been edited for clarity and length.

Jordan West: I’m Canadian. My first business was a Taco Del Mar restaurant, which is a chain that has gone from roughly 200 stores to about 50 since I was involved in the franchise. I lost a lot of money. But I learned marketing, which was an interest of mine.

My wife and I then started a baby clothing company called Little & Lively. That was about six years ago. Fast forward to 2020, and we’ve grown to mid-seven-figures in revenue. I also run Mindful Marketing, an agency that helps people in the apparel vertical, mostly with performance marketing.

Bandholz: A mid-seven-figure business is impressive. Is it bootstrapped?

West: Yes. We’re completely bootstrapped. My wife and I are 50-50 owners. Bootstrapping becomes difficult as the company grows. But I have a wonderful CFO with a great five-year plan that’s modest and anticipates cash crunches, to plan.

Bandholz: I’ve always wanted to sell apparel. But the margins are tight, aren’t they?

West: I’ve heard that from a lot of people. It’s an outward view of apparel. We make everything in Canada. The only thing that we import, from China, is fabric because we don’t have mills in our area. All of our products are manufactured in our hometown here in British Columbia.

We’re about as close to vertically integrated as you can get with our manufacturer. I would love to purchase the company, but that’s not in the cards now. Our retail prices are roughly double our cost. Those are fine margins for us to acquire customers, especially as a bootstrap business.

In addition to our website, we’re in about 150 stores across Canada and about 30 to 40 in the United States, though that’s not an area of focus now. We’re trying to be the premier children’s clothing brand in Canada.

Bandholz: Are the online shopping habits of Canadians the same as in the U.S.?

West: Our agency has many clients in Canada and the States. The buyers are similar, except people in Canada don’t like to be pushed. An example is putting time limits on coupon codes or discount offers. Canadians do not respond well to that.

Bandholz: Your product offerings are extensive. Having a local manufacturer helps with lower order quantities, I would imagine.

West: Yes. Again, we’re vertically integrated with our manufacturer. We’re that company’s biggest customer. At the beginning of a season, we’ll make our best guess as to which sizes and styles will move the fastest. We have about a two-week turnaround for fairly large inventory orders. Our manufacturer knows that that’s the way that we operate.

We’ll buy enough fabric, but we don’t exactly know how to use that fabric until we do a product launch. We had a recent launch where, in a single day, we did about $250,000 in sales without discounts or ads. That really gave us a good idea of what people wanted.

So the more SKUs that we have, to more complicated it becomes. But it’s much easier with a local manufacturer.

West: It was wild. We do our own fulfillment. It wasn’t just a single occurrence. The next day was $50,000, and the day after that was $40,000. We felt like we graduated to a different size business with that launch.

Generally, we’re able to do next day fulfillment. But took about a month to catch up in this case.

Bandholz: How did you generate that much hype?

West: A lot of psychology went into this launch. So we did what’s called a gated launch. We have our Little & Lively VIP customer group, and we also have an SMS group. Those two groups receive advance notifications for sales. We password protected the site for 24 hours to get ready for the launch because it involved so many products, and we wanted it to be perfect.

This drove the anticipation. Then we gave our VIP group and our SMS list two hours early access before the general public. During those two hours, we did about $120,000 in sales without discounts.

We use Facebook Ads to gain subscribers, but not for the launch itself. I’m a huge believer in the customer journey. You’re not going to have long-term customers if you just sell to them right off the bat. I love moving people farther down that funnel where they become advocates for us. That’s what we saw on this launch. We also experienced the idea of scarcity because we sold out of a lot of items.

Bandholz: You’ve mentioned your VIP group. This is a Facebook group you’ve created. How do your entice folks to participate?

West: We’ve got a very manual follow-up process. We’ll send the classic Klaviyo email sequence. But we also send a personalized video to every new customer that orders, letting them know about our VIP group. I’ve created an entire system with a virtual assistant who sends these personalized videos, saying the person’s name, saying what they ordered, and then asking them if they’d like to join the VIP group.

We use a wonderful app called Bonjoro for this. It’s an iPhone app with email integration. Our virtual assistant sends hundreds of these at a time. She will set it up. She can see all of the information about the person right there. And then as soon as she presses send, it’ll send the video right to them. They have to click, and then it goes onto a page. It’s similar to Loom, the video message app, but with a B2C focus.

Bandholz: How did you find the right virtual assistant for this? Does it impact customer service?

West: Bonjoro has its own chat feature. So if a shopper responds in that manner, we forward it to our customer service team. We’ve also trained our virtual assistant to handle quick responses. We tried using our in-house staff to do the videos. But they weren’t motivated. It would take them about 10 minutes per video. Our virtual assistant can do about 40 per hour. She has a really good process.

I auditioned many virtual assistants for this task. We gave them a script, and they sent in videos. I was super happy with the results. And the one that’s doing it now is Andie. She’s incredible. She’s in the Philippines.

Bandholz: And what is the typical compensation for a virtual assistant?

West: We pay about $10 (USD) an hour. We’re not trying to get cheap labor. We’re after good people that can do tasks that we can’t source in Canada.

Bandholz: What is your goal for the business? Five years, 10 years?

West: We can catapult off our two core brands — Little & Lively for kids and Kindred Clothing for women. I’m really working through this now. What’s my purpose? My whole goal since my early 20s was to make a lot of money. That one day, where we booked $250,000 in revenue, was actually one of those bad psychological days. I thought, “Oh man, this is repeatable. I can do this.” So I’m realizing my goal, and I’m asking, “What’s my life about?” That’s the crisis I’m in now, yet I want to grow these businesses.

We’ve got big revenue goals. But I’d like to see more of our staff assume additional responsibility, to have the potential for the kind of life that my wife and I have. That would make me happy. We’re looking at a few acquisitions now, as well. But I want to make the acquisition if I can put folks in place to empower them and improve their life.

Bandholz: You’ve touched on an important and vital topic for me. I’ve thought a lot about it. Here’s a question for you. If I could give you $50 million and the only stipulation is that you can no longer work — no creating or getting stuff done. You could only live a lifestyle of pure consumption. Would you do it?

West: No. I would not. I would be so bored. Having a purpose is what gives life some meaning.

Bandholz: How can people get that cool welcome video? How can they follow you and reach out?

West: They can order the welcome video at Little & Lively. I spend most of my social time on LinkedIn at jordan-west-marketer. My agency is Mindful Marketing.