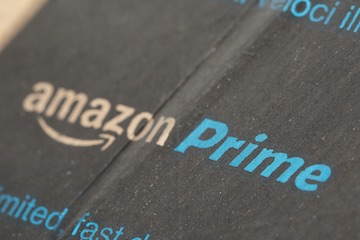 Amazon’s delayed 2020 Prime Day event ran for two days — October 13 and 14 — as it did last year. While it does not release total revenue for Prime Day, Amazon touted in 2019 that Prime Day sales exceeded the prior year’s Black Friday and Cyber Monday sales combined. This year Amazon did not make such a claim.

However, an Amazon press release claimed that the marketplace sellers took in more than $3.5 billion during this year’s event, representing a higher year-over-year growth than Amazon’s own products.

While Amazon boasted about the marketplace sales figures, many sellers were not so pleased. Some of them found that growth in sales did not convert to growth in profits because advertising costs on Amazon increased so much. Amazon ad-tech provider Pacvue’s data showed the average cost-per-click for sponsored brand ads increased 23 percent over Prime Day 2019.

Some Amazon marketplace sellers chose not to participate in Prime Day because of those increased costs. They instead focused on sales from their own sites. Some were also concerned about having enough inventory to last through the entire holiday season because Covid-19 is still disrupting the supply chain.

Other marketplace sellers reported disappointing results for Prime Day this year. Sample comments from the Seller Central forum are:

Market intelligence firm Numerator found that the average Amazon customer order size on Prime Day was $44.21, and 56 percent of consumers who shopped Amazon placed more than two orders. However, 45 percent of orders were under $20. The average order was $59.02 in 2019.

Just two days after Prime Day, on Oct. 16, Amazon launched its next sale, called Holiday Dash. The promotion features different discounts each day. The objective is to offer deals similar to those available on Black Friday throughout the next six weeks.

The company issued a statement saying, “Amazon’s Holiday Dash deals event is serving up holiday cheer and epic savings early this year to give customers more time to shop and save. There’s no need to wait to secure great deals — with Holiday Dash, Amazon is making it easier than ever to find top gifts at amazing prices ahead of the holiday hustle — plus most items shipped now through December 31, 2020, can be returned until January 31, 2021.”

Amazon is not the only merchant to start early. Walmart announced it would spread its Black Friday deals over three consecutive weekends starting November 4 to reduce foot traffic in stores. Also, more of its doorbuster deals will be exclusively online to discourage in-store shopping.