The 2020 holiday season is upon us. Here is a list of successful marketing campaigns from previous holiday seasons. The campaigns celebrate Yule logs, Santa, holiday music, and heading outdoors. Several of the campaigns use contests to generate content from followers. 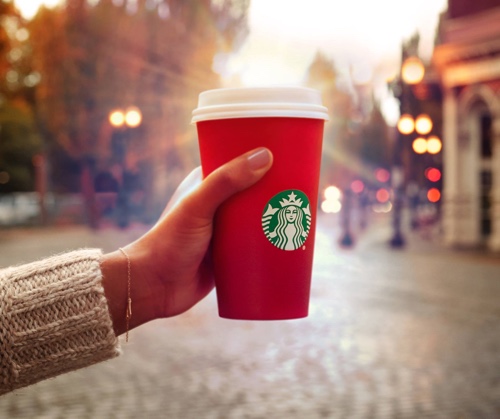 Starbucks’ annual unveiling of its holiday red cup design is highly anticipated by brand devotees and followed closely by popular culture. There’s even a website to count down the event. (This year, it’s November 7.) If you need any proof of the reach of Starbucks’ holiday cup, follow the multiple controversies surrounding its cup designs.

Starbucks first introduced its holiday cup in 1997. In 2014 Starbucks introduced the holiday #redcupcontest on Instagram. Users had to share and tag photos of their red cups using the #redcupcontest hashtag for a chance to win one of five prizes. In 2015 a photo was shared every 14 seconds on Instagram in the first two days, gathering a total of 40,000 entries over the course of the contest. 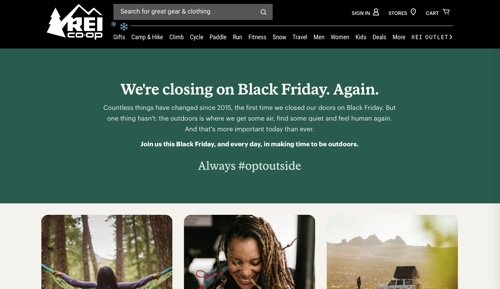 In 2015, REI began closing its doors on Black Friday with the #OptOutside campaign, paying its employees to spend the day outdoors and inspiring others to forgo the busiest shopping day of the year. Participants tagged Instagram images with #REIEmployee and #OptOutside to share their experiences.

For 2020, REI is calling on its employees and members to recreate responsibly and help reduce the spread of Covid-19 while getting outside. This includes practicing physical distancing, carrying handwashing supplies and a face covering, and being prepared to change plans if a trail or park is crowded.

This video is a holiday edition of distiller Lagavulin’s “My Tales of Whisky” campaign with actor Nick Offerman. Fans can enjoy 45 minutes of uninterrupted Lagavulin Single Malt Scotch Whisky drinking with Offerman, who sits by a Yule log fireplace. The video is a hilarious example of capturing the holiday spirit, with an innovative tweak on the Yule log video. If this 45-minute version isn’t enough, try the 10-hour version. 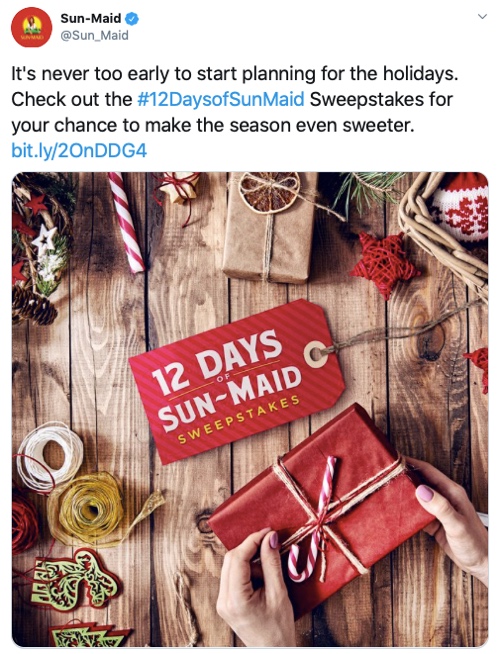 In its “12 Days of Sun-Maid Sweepstakes,” Sun-Maid wanted to remind people to enjoy moments that matter. To enter, families shared a Sun-Maid holiday memory (a story, a photo, or both), posting to Sun-maid.com/memories, Instagram, or Twitter, and using the hashtags #12DaysOfSunMaid and #sweepstakes. In addition to product coupons, daily themed gift packages included stress-relieving spa days, family portrait studio sessions, and gift cards to digitize family photos and VHS home movies. 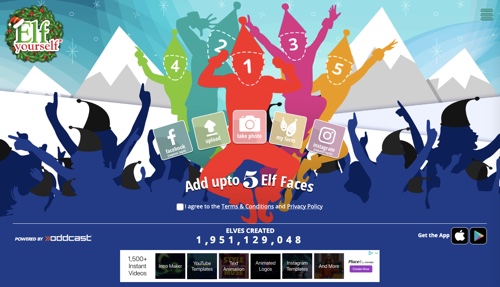 Office Depot offers the annual tradition to “elf yourself” and ​star in​ ​a series of ​personalized video​s​ featuring your ​face​ on dancing elves. Followers ​​upload up to five photos from ​Facebook​ or their camera​. ​Then select a dance, and the app automatically generates the custom Elf Yourself video to share on social media such as Facebook, Instagram, and YouTube. 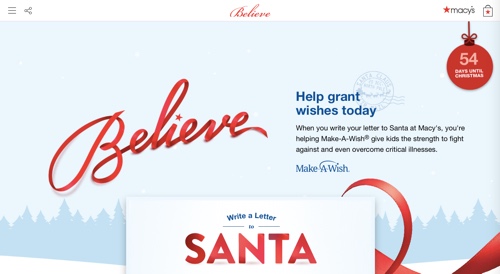 Since 2008, Macy’s Believe campaign has raised money for the Make-A-Wish Foundation (which fulfills the wishes of critically ill kids) and teaches children the importance of giving to others. From early November through December 24, children create and send wish letters to Santa, visit their nearest Macy’s to drop their letters into big red letterboxes, or send letters to Santa through Macys.com/believe. For each letter collected, Macy’s donates $1 to Make-A-Wish. 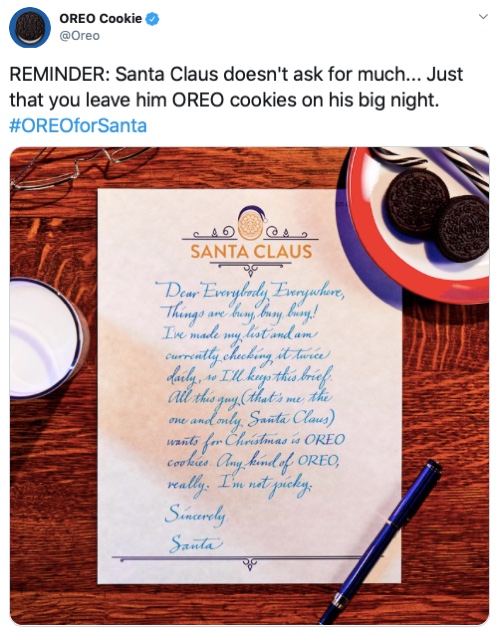 Oreo always celebrates the holidays with cookie-inspired content. In this simple #OREOforSanta campaign, Oreo reminded followers that Santa doesn’t ask for much, but he does want an Oreo cookie left out for him on Christmas eve. Oreo lovers tweeted back to show Oreos waiting for Santa.

Each year WestJet, the Canadian airline, comes up with a new way to spread Christmas cheer through its travel services. The tradition began in 2012 with a simple Christmas flash mob. In 2019, WestJet asked, ‘Would you rather give or receive?’ Guests voted on Twitter for WestJet to donate the prizes to the Ronald McDonald House so families could be together over the holidays.

In a couple of recent holiday seasons, Amazon stirred up holiday excitement with animated, delivered boxes singing, “Can you feel it?” Not only is this a fun campaign, but it’s also a reminder that animation does not need to be complicated to be effective. 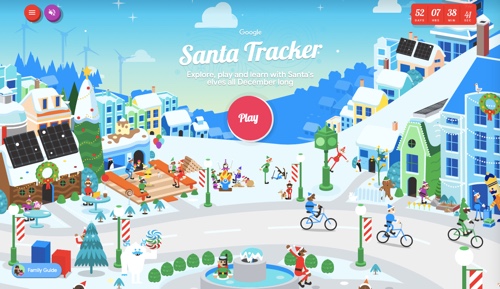 On December 24, Google’s Santa Tracker lets you follow Santa and his reindeer as they deliver presents to kids around the world. He makes his first stop just after 10 p.m. local time in far eastern Russia when it’s 5 a.m. in New York and 11 a.m. in Paris. Also, the site offers Google Assistant to find out more about Santa Claus during December, as well as games to celebrate throughout the month, including apps to learn to code and discover holidays around the world.

In 2004, Google began tracking where Santa was on Christmas Eve through the “Keyhole Earth Viewer,” Google Earth’s original name. By 2005, more than 250,000 people tracked Santa on Google Earth.