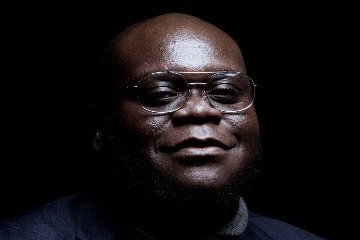 The mission of Anthony Frasier’s company, ABF Creative, is to broadcast voices and stories from the African American community. He launched the company in 2016 from his hometown of Newark, New Jersey, having founded a tech conference and authored a book. To Frasier, ABF is much more than a business.

“Podcasts are very white,” he told me. “It’s not bad content, but it was content that didn’t always speak to an audience that I was familiar with. So I saw an opportunity to build a company that can create those stories for black audiences.

Fast forward to 2020, and ABF Creative is a network of multiple podcasts addressing gun violence and African folktales, among other topics. Revenue comes from audio ads — programmatic and direct placements. Merchandise sales are in the works.

He and I recently spoke about the founding of ABF Creative and the process of creating, publicizing, and monetizing podcasts.

What follows is our entire audio conversation and a transcript, which is edited for clarity and length.

Eric Bandholz: You and I go back to 2014. You were putting on a conference.

Anthony Frasier: Good memory. Yes, it was Tech808. I had a company called The Phat Startup. We were one of the first to launch a multicultural tech conference. You see them throughout the U.S. now. But we were the first to combine the hip hop culture with technology. It was great. We sold out in every city — Oakland, New York, Atlanta, D.C. Unfortunately, it wasn’t a viable business. We were ahead of our time.

Bandholz: It seems a conference needs a core business to subsidize it.

Frasier: We weren’t losing money, but we weren’t making any, either. We were breaking even for the most part. We didn’t start with the tech conference. Initially, we were trying to do online courses.

There are many reasons why it didn’t work out. Plus, my co-founder and I had a bit of a disagreement.

There were many positive takeaways from that business, however. I wrote a book in 2016 called “Don’t Dumb Down Your Greatness.” It sold tens of thousands of copies. That book opened the door for speaking engagements, for example.

Bandholz: You’ve transitioned into podcasts. When did that start?

Frasier: After writing the book, I didn’t really have an idea of what to do next. During that period I was approached by a venture capitalist. He was familiar with my work and my hometown of Newark, New Jersey. He said, “Audible is creating a venture capital firm called Newark Venture Partners. I would love for you to hang out with us and talk to us about Newark.” Before you know, I joined the team as an entrepreneur in residence.

Newark Venture Partners is in the same building as Audible, which is right upstairs. Audible is literally three, four floors above us. And the podcast bug bit me. I got deep into podcasts.

Podcasts are very white. It’s not bad content, but it was content that didn’t always speak to an audience that I was familiar with. So I saw an opportunity to build a company that can create those stories for black audiences.

Frasier: Yes. The company is ABF Creative. We’re a podcast network. We started off as a studio doing mostly marketing stuff for brands, such as Nike and Toyota. But over time we’ve expanded. We made enough money to start investing in our own original podcasts.

At the time, I was not funded. I was based in the Newark Venture Partners office, but I wasn’t funded. I was doing it on my own for the first couple of years. By going to the network route, I had a more scalable model. I wanted to reach a larger audience, not necessarily from greed, but to elevate more voices from my community. I see it as an assignment, not an opportunity.

Bandholz: Capitalism can be much more than greed and money. Entrepreneurs can make the world a better place. What are the topics of the shows?

Frasier: We address many topics. For instance, one of the podcasts we just did last year was about gun violence. It was called “Through Her Eyes.” And it’s about mothers. We broadcast the single voice of a mother who lost her son to gun violence in the streets. She’s telling her story very intimately, very detailed, minute by minute — what happened the day she found out that her son had been killed or murdered.

On a lighter side, we have children’s podcasts. An example is a podcast called “African Folktales” — stories passed down from generation to generation, mainly in Africa. We mixed a bit of the Saturday-morning cartoon vibe with folktales. And it’s fun. It’s our best performing podcast.

Bandholz: Walk me through the process of creating shows.

Frasier: The process was hard at first. It’s now much simpler. We start with a framework that we call storytime. “African Folktales” is a good example of the storytime framework. First we determine what story we want to tell. We make sure that there’s an abundance of that story, or we have a paid writer who can generate an abundance. When it comes to finding a host, we hire voice talent. The host for African Folktales we got from Voice.com or similar.

Once we have the stories and the host, it’s really just recording and making it sound like a million bucks. That takes an investment in audio engineer talent. We have two audio engineers on staff who are terrific. They’re sound designers, essentially. Once we lay the sound design on a podcast, we’re done.

We’re able to get a podcast out in a couple of months using that framework.

Bandholz: That’s cool. It’s not like a host comes to you with an idea.

Frasier: Correct. We use data and research to find a promising topic. Then we move forward.

Bandholz: How do you get the word out about the show?

We have other plans to implement email marketing and search engine optimization. And cross-promotion in our network is helpful. We can insert ads in front of any audio on our network without going back and editing the audio.

We use programmatic audio ads to monetize our shows. We can do direct sales as well. Programmatic ads are, for me, a way to fill in the blank spaces.

Bandholz: Are there opportunities to add an ecommerce function to your podcasts?

Frasier: Yes. Seventy percent of our revenue will be advertising, and 30 percent will be selling merchandise, hopefully. As the shows become more popular we can do multiple seasons. We hope to grow the intellectual property, develop a fan base. Then we can sell t-shirts, notebooks, things of that nature. Plus, there could be opportunities for films, television shows, books.

Bandholz: Where can people find you and your company?