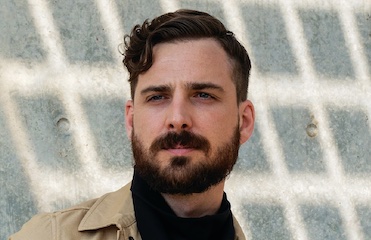 An ecommerce company is a collection of platforms, apps, and service providers. That’s certainly the case with Beardbrand, the company I launched in 2012.

We started as a content-only community of beardsmen. We’ve morphed into a thriving, multichannel ecommerce company focusing on male grooming. Along the way, we’ve added platforms, apps, tools, and other services.

James Wilson is Beardbrand’s growth marketing manager. I asked James to describe our technology stack, hoping that the decisions we’ve made (good and bad) can help other merchants.

What follows is our entire audio conversation as well as a transcript, which is edited for clarity and length.

Eric Bandholz: Tell us about your professional background.

James Wilson: I’ve been working at Beardbrand for a little over two years. Before that, I worked at Amazon for about seven years, where I did data work, basically. At Beardbrand, I started as a data analyst, but I moved into heading up growth. I do pretty much anything that can help grow the company.

Bandholz: Let’s start with Shopify. You weren’t involved in our decision years ago to use that platform when we launched Beardbrand. Having worked with Shopify now for a couple of years, have you considered switching?

Bandholz: When we start digging into the platform, there are many hacks and runarounds and finagling to make certain things work. But it seems the benefits outweigh the negatives.

Wilson: Yes. I agree. I think if you’re willing to get your hands dirty, you can make a lot out of it, for sure.

Bandholz: We’re now on Shopify Plus. Shopify’s robust ecosystem includes many applications and partners. For example, we’ve worked with Fuel Made, the ecommerce agency, which helped us build a custom website. There are many other partners to do most any task. An app we use for our subscriptions is ReCharge.

Wilson: Right. I hadn’t looked into other subscription options until recently when ReCharge announced it would integrate with the Shopify checkout. This has prompted us to consider other alternatives. But until then, ReCharge has worked well.

Bandholz: For people who aren’t familiar, James is not describing a native integration with Shopify. He’s describing a system that would create two different checkouts and two different payment processors — Stripe for subscriptions versus Shopify Pay for our store. And every reorder frequency is its own product in the reports. So if I just wanted to see how our beard oil was doing, I would have around 200 different beard oil options because I’ve got six different fragrances and three different reorder frequencies.

Let’s talk about the basics that every ecommerce store should have, such as Google Analytics.

Wilson: Yes. Google Analytics is essential. In terms of remarketing pixels, we have one for Facebook advertising and a few for Google advertising (search, display, Shopping, and video). Also, we have Klayvio, the email marketing platform. We have scripts on Klaviyo for abandon checkout and abandon cart — basically full integration with Klaviyo for remarketing, which is very powerful. I definitely recommend it.

Our philosophy at Beardbrand is to keep things minimal on the website. We don’t just put every pixel or every script onto our website that we can. We’re worried about site speed.

We use Google Tag Manager for our Google pixels, but not our Facebook pixels. There’s a native integration with Shopify for Facebook.

Bandholz: We’ve been on Klaviyo since late 2014. I’m a big fan of Klayvio. I’ve spoken at their conferences before. It’s pretty much indispensable for us.

Changing the subject, we use Audiohook. What’s that?

Wilson: Audiohook is an audio podcast retargeting company. We’ve seen good results. We send Audiohook an audio commercial. Then they will put it out to iHeartRadio, Spotify, Pandora, and similar channels.

Bandholz: Moving on, we were with Yotpo for several years. Yotpo is a great company with good technology. But we were paying for features that we weren’t using. It was costing us $300 per month or so. Judge.me, a competing service, is a lot less money.

Wilson: Shogun is a drag-and-drop landing page builder. It allows you to quickly create pages that include some really great features, like your products, photos, titles, and shop buttons.

The most powerful part about Shogun, for me, is the design aspect. I’m not a designer. I’m more technical. So I end up writing add-ons and scripts to our Shogun pages, which makes them a lot better.

One more thing about Shogun, sort of an advertising pro tip. Linking Facebook ads to custom landing pages in Shogun has been a great win for us. It takes a little bit of time because we make a unique landing page for each ad. But we’ve seen good results.

Bandholz: Let’s talk about LiveChat, which we no longer use. It was one of the biggest resource hogs in terms of page speed.

Wilson: Yes. It definitely slowed our site pretty significantly. It can be helpful for shoppers, for sure. But it will slow down a website, at least our experience.

We now use an SMS program, which is powered by Emotive, for one-on-one conversations with customers. It replaces LiveChat.

Bandholz: Speaking of chat, for customer support we use Gorgias.

Wilson: Yes. It’s been good for us. The interface is great. I like how it integrates with Facebook and other social media. We get comments from our social posts routed into Gorgias. It’s pretty cool.

Wilson: Grapevine is a no-brainer. It’s a survey tool, which we put on our thank you screen. We ask people how they found us. Twenty-seven percent of people answer. It’s been instrumental in driving our marketing efforts.

Plus, it’s inexpensive, a few dollars per month. The free version is pretty robust.

Bandholz: Another small app that we use is Store Locator by Storemapper.

Wilson: Yes. That one allows us to map all retail locations that sell Beardbrand products. We have a page on our website that loads Store Locator. It’s cool — very interactive.

Wilson: I use Metafields Guru. It allows you to edit the metafields for any Shopify page. A metafield is info that you need to save about a page but don’t want to be displayed on the frontend. Metafields use Shopify Liquid, the company’s coding language. So the data for Judge.me, for example, is in the metafield for a product page. Judge.me writes a script that puts it onto the page from that metafield.

Bandholz: Do we use Zapier?

Wilson: We used it temporarily for a test with Bonjoro, which is software to send short videos. We used Zapier for a test to link our first-time customers to Bonjoro. Then we sent a bunch of video messages to those customers.

Bandholz: We use Ahrefs, the search engine optimization platform.

Wilson: Yes. Ahrefs a great site for managing our site’s SEO. It’s basically a massive repository of SEO information. I check it every morning to see which keywords are doing better or worse or if we gained a featured snippet. Ahrefs also has a great blog.

Bandholz: Typeform is huge for us.

Wilson: Typeform is great software. It allows you to build forms, quizzes, and similar in a question-and-answer format. It’s very customizable. For simple quiz building, which is our main use, it’s pretty awesome. I think we pay like a hundred bucks a month for Typeform.

In addition to quizzes, we can do post-purchase surveys and questionnaires, as examples. Typeform has a nice user interface, too. I highly recommend the company.

Wilson: There’s Fraud Filter, which is a default Shopify app. We don’t pay extra for it. But it’s important to ensure we filter fraudulent customers.

We use Google Lighthouse to check our page speed. It’s a critical tool for us.

Bandholz: We’ve left off our productivity tools, such as Google Apps and Slack. They’re important to us. Anything else?

Wilson: Just be careful with the apps you install. Make sure they don’t mess up page speed. That’s the lesson.