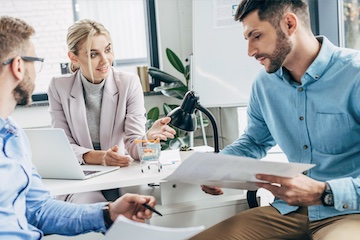 The U.S. Securities and Exchange Commission has modified rules that affect how companies can raise capital via direct listings and equity crowdfunding.

However, in December 2020 the SEC announced that it would expand direct listings to allow companies to issue new shares on the New York Stock Exchange, thus providing a new method of raising capital other than IPOs.

This new rule for raising capital is an appealing alternative to a traditional IPO because it eliminates much of the cost. In a direct listing, a company does not have to hire investment banks to underwrite the sale of shares as in an IPO. The investment banks charge a commission per share, which typically ranges from 3 to 7 percent. They manage the IPO, market the shares to institutions, and support the stock via their trading desks. The banks deal mainly with institutional investors such as pension funds.

This new rule for raising capital is an appealing alternative to a traditional IPO because it eliminates much of the cost.

With the NYSE plan, companies can sell shares directly on the exchange in an auction, allowing more individual investors to purchase shares at the initial offering price, rather than buying in the aftermarket as they do with IPOs. Nasdaq, another stock exchange, is also negotiating with the SEC to allow direct listings raises.

“This is a game-changer for our capital markets, leveling the playing field for everyday investors and providing companies with another path to go public at a moment when they are seeking just this type of innovation,” NYSE President Stacey Cunningham remarked in a statement.

In addition to bypassing fees, companies that follow the direct listing process may avoid the usual IPO restrictions, such as lockups that prevent insiders from selling their shares for a defined period, often up to six months.

The SEC decision was not unanimous. The counter-argument to direct listing investments is that individual investors are not sophisticated and might make investment decisions that result in financial harm. Moreover, an underwriter promotes and markets the new shares, improving the likelihood that they will sell. In a direct listing, the issuer is responsible.

Nevertheless, the new direct listing rules are expected to attract technology companies. Coinbase, the cryptocurrency exchange that allows users to buy and trade decentralized tokens such as Bitcoin and Ethereum, last month filed for a direct listing with the SEC.

Similarly, Roblox Corporation, a video game company with an in-game purchase model, changed its mind about going forward with an IPO and is opting for a direct listing.

NYSE restrictions still exist regarding the size of companies that can use direct listings. Those rules include, among other requirements: (i) a minimum number of existing shareholders, (ii) a $4 minimum price per share, and (iii) at least $100 million market value of common equity on the first day of the listing.

These rules would exclude many early-stage start-ups. For them, a new equity crowdfunding expansion might offer a way to raise funds.

In November 2020 the SEC amended crowdfunding rules, which the SEC calls “Regulation Crowdfunding.” The new rules, which go into effect on March 15, allow companies to raise $5 million every 12 months by selling securities through regulated, online crowdfunding portals. The original limit, which received much criticism for its small size, was $1.07 million. (The substantial disclosure and reporting requirements remain in place.)

In addition to increasing the amount companies can raise, the amendments boost investment limits. For an accredited investor (a person with an annual income exceeding $200,000 for the last two years, or $300,000 for joint income), there is no longer a limit on the amount invested in a company via a Regulation Crowdfunding offering. A person is also considered an accredited investor if she has a net worth exceeding $1 million, either individually or jointly with a spouse.

For non-accredited investors, the investment limit will now be the greater of (as opposed to “lesser of” under the current rule) existing limits based on an investor’s annual income or net worth.