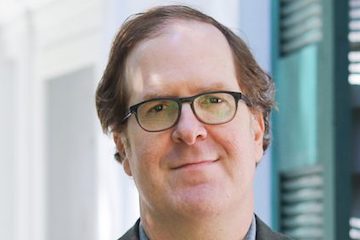 Most entrepreneurs start with a business idea and then secure the domain name. Peter Askew does the opposite. He purchases domain names and then builds the business. Take VidaliaOnions.com, for example.

“Around 2014 VidaliaOnions.com expired,” he told me. “Being a Georgia boy … I dropped in a bid. I won the auction. I love the pears from Harry & David. I kept thinking, ‘Who’s doing that for Vidalia onions?'”

Fast forward to 2021, and VidaliaOnions.com is a thriving farm-to-door seller of onions raised only in 13 counties in Georgia.

Askew and I spoke recently about launching the business, partnering with a farmer, and the broader market of purchasing domain names. Our entire audio conversation is embedded below. The transcript that follows is edited for length and clarity.

Eric Bandholz: How did you get into selling onions online?

Peter Askew: Back in 2006, I got exposed to the domain name market. Most domain investors attempt to buy a name and try to flip it for a higher price. I attempted that, but I was not very good at it. But once I started buying interesting generic keywords or phrases, things started working. Around 2014 VidaliaOnions.com expired. Somebody abandoned it.

Being a Georgia boy, I thought, “That’s interesting.” I back-ordered it just to follow the auction. At around $2,200, I dropped in a bid. I won the auction.

The name landed in my account. It kept nagging at me that there might be an opportunity there to build something.

I love the pears from Harry & David. That kept crawling into my head. I kept thinking, “Who’s doing that for Vidalia onions?” I assumed there were customers because it’s a big industry. A few farmers were trying to sell Vidalias online, but not well.

That’s how I tend to build some of my projects. The domain comes first. Then I try to shoehorn a business from it. Some work, some don’t.

With Vidalia, I partnered with a farm in southern Georgia.

Bandholz: How did you find that farm?

Askew: I found an organization that represents all the farmers called the Vidalia Onion Committee. It’s located in the town of Vidalia, which is southeast of Atlanta. I called them and said, “I’m passing through. I own the domain VidaliaOnions.com, and I’m wondering if there is a market for farm to door.” They were intrigued and a bit confused because I owned the domain. But I tried to comfort them, letting them know that I wanted to represent the industry.

So I drove down and met the farmers. It was cold calling. I said, “I’m not an ecommerce expert. But Shopify and others have made it simple to run an ecommerce site.” (An aside, I was on Big Cartel first and eventually moved to Shopify.) But I met them — mainly to see if there was a need to sell onions online.

Once I met with them, we all were on the same page. They encouraged me to pursue what they called mail order.

So I started going farm to farm, just saying hello to farmers, saying, “I’m looking for a partner farmer. Can you fulfill and ship here directly from the farm?”

I had initially thought about bringing the onions up here to Atlanta but realized that was ridiculous. What was I going to do? Throw them in my garage and have thousands of pounds of Vidalias to pack and ship.

I realized I needed farmers that would pack and ship direct. Plus, I wanted to be able to say these are coming directly from the farm. I met a farmer named Aries Haygood during that introduction tour. He and I hit it off. He was open to the idea, very flexible. On a handshake, we started it. He said, “Let’s just try it and see what happens.”

I tried to damper his expectations, saying, “I’m not sure how many we can sell. If we sell 20 or 30 boxes this first year, maybe we’re doing something right.”

So I partnered with Aries. I handle all the website, ecommerce operations, ShipStation, the UPS account. I run all of that. I collect all the sales and then generate the labels and either drive them down there or, for a single order or two, forward the PDF over email.

I’ve trained the staff at the farm. We have a thermal printer there. They can print the labels directly via ShipStation and place them on each box to ship.

Askew: Yes. We typically ship until about late July. The yield last year wasn’t as high as usual. We had some heavy rains during the harvest. It impacted our yield, and all the farmers physically ran out in June. We shipped mainly from May 1 until about June 20.

Bandholz: You work with one farmer. What percentage of his onion production goes to you?

Askew: A tiny amount. He ships millions of pounds every year. He typically sells to grocery stores. He has no contact with the end consumer. His onions are just going in the produce section in a grocery store. But Aries is smart. He understood the importance of having that one-to-one relationship with customers. He understood that when I was pitching it to him.

Bandholz: So there’s still an opportunity for growth?

Askew: Gosh yes. He ships 4 or 5 million pounds per year. I’m at 64,000 pounds a year. In the early days I asked Aries, “Am I going sell you out?” He laughed, “No, we’re fine. If we run low, I’ll plant another acre.” So we can grow as much as we need to. I love the simplicity of this model. We sell one product, Vidalia onions, in four weight packages. That’s it.

Bandholz: Let’s transition back to domain buying. Is it just GoDaddy?

Askew: There are four primary places. GoDaddy Auctions is a big one. Since GoDaddy is the largest registrar, it has a large inventory to draw from. If somebody abandons the domain, it gets pushed to GoDaddy’s auction house first. It gets re-released if no one bids on it. Back in the day, registrars would hire a third party to auction their domain names. Network Solutions, for example, auctions their names through NameJet, which later acquired SnapNames.

Bandholz: How do you price a domain?

Askew: There are two frames of mind. A domain investor wants to buy at a reasonable price. The investor applies his knowledge and intuition, as well as marketplace tools. There’s a site called NameBio that provides historical trends and other info on domain sales. It’s a very helpful resource for folks who are new to domain buying. You could use historical data to guess what a domain name might be worth. I did that in the early days. I wasn’t very good at it. But then once I started trying to shoehorn business ideas, I could justify a higher bid price.

DudeRanch.com is a good example. I bought it for $17,949. I justified that price because I knew if I could build a marketplace directory, I could charge dude ranches per month or per year for a listing. I assumed I could sign up maybe 25 dude ranches the first year, maybe 50 the next, and charge them $1,000 a year for a listing. That helped me guesstimate a price I could potentially afford for DudeRanch.com.

I thought, “I can probably afford $25,000 to $50,000.” I didn’t have the liquid funds. I’d either drop it on a credit card or pay for it out of my salary. I was a product manager at the time at a software startup here in Atlanta.

That helped me justify outbidding domain investors who wanted to buy and flip it. It’s helped me outbid others in certain instances. DudeRanch.com worked out. CallTracking.com failed. BirthdayParties.com I bought for about $5,000.

Again, there are two frames of mind. Do you want to buy to flip or buy to develop?

Bandholz: You’ve always helped entrepreneurs like me in understanding domains. Where can people find you?

Askew: My Twitter account is @Searchbound. My personal website is Askew.org. My primary projects are VidaliaOnions.com, Ranchwork.com (a job board I run for the ranching industry), and Birthdayparties.com (limited to the Southeast now, but it will expand nationwide in the coming months).