Misfits Market, a startup known for selling “ugly” fruits and vegetables at discount prices, announced this morning that it has raised $200 million in Series C funding.

The company says this brings its total funding to $301.5 million and moves its valuation into unicorn territory (i.e., above $1 billion). It isn't getting any more specific about that valuation, though Bloomberg reports that it's $1.1 billion.

Founder and CEO Abhi Ramesh told me that the Delanco, New Jersey-based startup has expanded beyond produce into a variety of grocery categories. At the same time, he said all of its products remain united by a focus on “a single word, which is value.”

Misfits Market products are discounted by up to 40 percent compared to what you'd find in other grocery stores (in-person or online), which Ramesh said the company achieves by purchasing products that regular stores won't buy or sell, often for “crazy, random” reasons. For example, he said the company had recently purchased 50,000 bottles of perfectly good olive oil “where the labeling was just angled the wrong way.”

The company says its active customer base and order volume grew 5x last year, when it shipped 77 million pounds of food to more than 400,000 customers. Ramesh said it was a big challenge to meet increased consumer demand (and it did have to create a long wait list for a while), but Misfits had advantages that many other grocery companies did not. 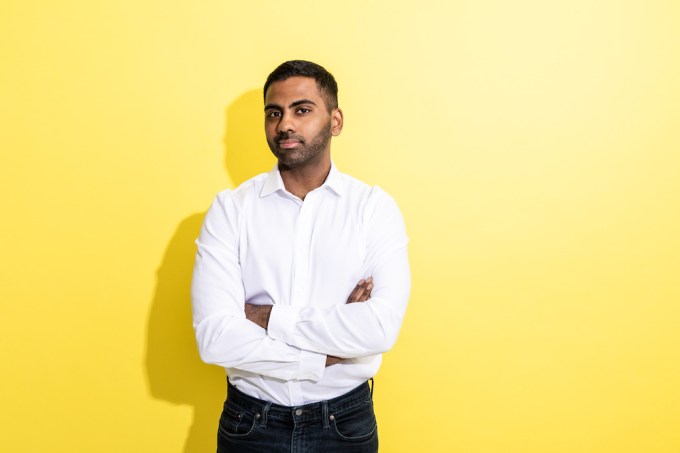 “Fortunately, because we operate our own fulfillment centers and we have our own internal tech built around this, we were not constrained by the same constraints that physical grocery stores have, where we have to close at 9pm every day, where we have to make room for regular foot traffic and Instacart shoppers,” he said. “For us, we just have to scale our fulfillment centers, which is easier said than done.”

The new round was led by Accel and D1 Capital, with participation from Valor Equity Partners, Greenoaks Capital, Sound Ventures, Third Kind Ventures and others. Accel's Ryan Sweeney is joining Misfits' board of directors.

“Direct-to-consumer models aren't anything new in the food industry, but the approach Misfits Market has taken is,” Sweeney said in a statement. “Instead of focusing only on their end customer, they’ve managed to create a dynamic solution that also supports food suppliers at every level.”

With the new funding, Misfits Market plans to continue expanding into new grocery categories and new geographies. For example, it's taking its first orders from Oregon and Washington today, and Ramesh said his goal is to be shipping to “100 percent of zip codes in the 48 lower states” in the next 12 months.