Early-stage startups are increasingly looking for alternative ways to access capital, meaning not every company wants to raise money from VCs or take on debt.

In recent years, a flurry of startups have emerged to give companies other options. (Think Pipe, for example.)

And today, San Francisco-based Architect Capital is a new firm that is launching with over $100 million in funds to serve as an “asset-based lender” to “high-growth,” early-stage tech companies. Specifically, the new firm aims to provide non-dilutive or less-dilutive financing options to asset-rich fintech, e-commerce and SaaS companies in the U.S. and Latin America, but with an emphasis on the latter. The region, Architect maintains, does not have a plethora of institutional financing available against assets.

The firm is not out to replace traditional venture capital or venture debt, emphasizes founder and CEO James Sagan, but rather to offer asset-based products that will complement them.

For some context, Sagan is no stranger to the startup world, having co-founded and served as managing partner of Arc Labs, an early-stage credit fund focused on lending to technology-enabled businesses. He’s been investing in Latin America for years, and recognized the need for new forms of financing to fund “novel and underappreciated assets.”

Also, he believes the region is home to “the most prominent fintech ecosystem in the world.”

To Sagan, traditional forms of equity and debt financing in the venture world are vital for things like growing headcount, but he believes they are “not engineered to support the growth of a company’s underlying financial products.”

“VC is highly dilutive and should be used for ROI activities such as hiring engineers and building great teams,” Sagan told TechCrunch. “It’s expensive to use equity to fund assets. Equity should not be put in a loan book. We’ll fund the loan book.” 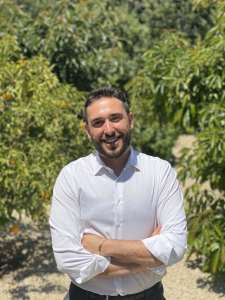 Architect’s goal is to provide “tailored and less dilutive funding,” especially to companies that produce repeatable revenues, such as SaaS and subscription businesses.

Sagan said he first discovered the strategy in 2015 when he was working for a multifamily office that was lending against a bunch of traditional assets.

Venture debt doesn't really work for receivables-based lending because venture debt shops typically are underwriting assets, or rather, underwriting the quality of the investors in the company, Sagan believes.

“So we really tailor our underwriting towards those assets themselves right and those assets range from unsecured consumer receivables to secure small business receivables to real estate,” he told TechCrunch. “Essentially, we’re providing an additional instrument for asset-heavy businesses that will allow them to scale in a way that venture debt will not.”

Architect’s LPs are mostly large institutions, as opposed to traditional high net worth individuals. The firm’s average check size will land at around $10 million to $15 million.

“Our portfolio allocation is more concentrated in general,” Sagan said. “We expect to grow our AUM (assets under management) pretty precipitously.”

Architect Capital has invested in six companies since inception, including PayJoy, a company that delivers consumer financing and smartphone technology to customers in emerging markets; Forum Brands, a U.S.-based e-commerce marketplace aggregator; and ADDI, a fintech that aims to give Colombian consumers access to fair and affordable credit through point-of-sale-financing that recently raised $65 million.

With the right tools, predicting startup revenue is possible