Legacy TV services like HSN and QVC may have put live shopping shows on the map for consumers, but livestream commerce got a completely new boost of life in the pandemic, with retailers and e-commerce leviathans tapping a perfect storm of the craze for video entertainment, a trend (or even municipal rules in some cases) for people to stay away from physical stores, and a surge of e-commerce activity to bring more buying “shows” online.

Now, a startup and app called Popshop Live, which has approached this concept with a new twist — a standalone business that taps into the millennial taste for shopping from smaller and more edgy brands and individuals as much as bigger retailers — is today announcing some funding as it finds a lot of traction with sellers, shoppers and the media world at large.

The startup has closed a Series A of around $20 million (the startup is not disclosing the exact amount but a source very close to the deal confirmed this figure), at a valuation of about $100 million.

The round is being led by Benchmark, with participation also from TQ Ventures (Andrew Marks, Schuster Tanger, and Scooter Braun's firm), Mantis VC (The Chainsmokers' VC vehicle), Access Industries and SV Angel as well previous backers Floodgate, Abstract Ventures and Long Journey Ventures who were in Popshop's seed round in July 2020. Individual investors in this latest Series A include Sophia Amoruso, Baron Davis, Jim Lanzone, Kevin Mayer, Vivi Nevo, Michael Ovitz, Hailey Bieber and Kendall Jenner. Yep… sounds like Popshop has popped, at least with the high-profile set.

But wait… there's more!… as the late night shopping advertorials love to say. The funding is coming on the heels of the company pulling in some impressive numbers on the back of its livestreaming format. Sellers on Popshop Live are seeing gross merchandise value of $500,000 and more, with 80% of customers returning within 30 days to buy more.

Popshop is not disclosing how many sellers are now on its platform, but says that the figure went up by 500% in the last three months. They include names like 3D Retro, JapanLA, Earthing.VIP, Kettle & Fire and Mall of America, as well as others you may not know but might love the names anyway: they include “Giant Robot” and “EmoWeasel”. (Now who wouldn't want to buy an old Def Leppard t-shirt from Giant Robot?) 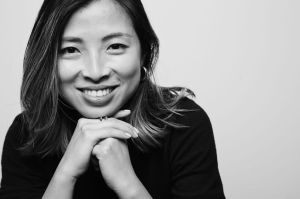 Founded by Danielle Li, who goes by Dan Dan (pictured, right), Popshop lives in the same segment of e-commerce as Depop, the London-based peer-to-peer shopping platform that recently got acquired by Etsy for $1.625 billion.

Like Depop, the ethos of Popshop (funny that the two rhyme with each other) is based around a mix of interesting items, sold by equally interesting people, with some socialzing thrown in for good measure by way of a stream of chat that runs alongside the selling videos, and of course an algorithmic feed that lets you watch show, after show, after show, as you swipe into the night.

The effect is somewhere between diverting entertainment and practical platform for purchasing, and I'm going to be honest, you could imagine it living very well as a feature on an app like Snapchat or Instagram. (I'm guessing that these sites will also try to build something like this, if not try to buy Popshop outright.)

It's an interesting turn, given how one doesn't think of channels like HSN and QVC as anything other than uncool, the domain of the middle-aged middle-class everyman, not… Kendall Jenner.

But the idea of more dynamic, streamed sales targeting a much younger demographic has precedent of course: there is YouTube and is massive culture of influencers using the platform to plug brands and products; and Twitch following swiftly behind with its livestreamed, often-janky but very fun productions crafted by the individuals starring in them. And of course, Amazon has long been trying to tap into that (for years, we suspect), most recently incorporating a way for influencers to use its Amazon Live platform, as its own streamed selling show format is called, to sell wares to people.

And there is China — which, with its hugely popular apps TikTok and Wechat (whose features get shamelessly copied by Western counterparts), has clearly become the newest pacemaker for where things are going in the world of apps, and consumer tastes.

The idea with Popshop is that it's found an audience for this particular genre among younger users in the West, and that it is showing signs of  staying power that will transcend our current “new normal” as everyone loves to call it.

“Livestream commerce is not just a trend in China and through the pandemic, it is an emerging multi-billion-dollar phenomenon whose growth is accelerating every day,” said Benchmark's Matt Cohler (who is a board member now of the startup). ““Dan Dan has created something fundamentally new, unbounded, and powerful. Her tenacity and commitment to her vision of creating a marketplace for culture is singular.”

And to be clear, it's not just working with quirky retailers and individuals but the more traditional stores and environments that used to welcome younger shoppers but haven't been able to.

“Popshop Live was a valuable alternative shopping platform as traditional in-person retail halted during the pandemic,” added Jill Renslow, EVP of business development and Marketing at Mall of America. “Even as the world continues to open up and we welcome shoppers back to Mall of America, we plan to continue live steam shopping to reach new customers in a unique way.”

Popshop said that the funding in part will be used to triple its team, which currently numbers 30. And it's kicking that off with some interesting hires. Jason Droege, who founded and ran Uber Eats, is joining to head growth strategy; and Bangaly Kaba, who was previously at Instacart as VP of product and Instagram as head of growth, is coming on to build out Popshop's product.

“There are few new products that seem magical the first time you use them,” said Droege in a statement. “Popshop is a totally new take on content and retail and I’m excited to scale it to new sellers and new categories.”

“Bangaly and Jason are forces to be reckoned with and we’re thrilled to welcome them to our team,” added Li. “Their combined expertise, along with that of our new backers, will accelerate the expansion of our platform across geographies, verticals and product features.” I'll hopefully talk to Li later and update this with more from her.