The global social market is rapidly growing. With over 1.25 million online social sellers in Egypt alone, the Egyptian social e-commerce market is forecast to be worth more than $14.8 billion by 2024.

One of its players, Taager, is a social e-commerce platform enabling online merchants with end-to-end logistics. Today, it is announcing that it has secured $6.4 million in seed funding.

The seed round was led by Pan-African focused VC 4DX Ventures. It also included participation from Raed Ventures, Beco Capital, Breyer Capital and some private investors, including Magnus Olsson, co-founder of Careem. This is Breyer Capital’s first investment in the MENA region, and the round brings Taager’s total investment to more than $7 million since launching in December 2019.

Social media platforms such as Facebook, Instagram and more recently TikTok have made advertising easier for online merchants to target customers with their products. Offline, there's a wide range of last-mile companies to distribute these products. However, there is a fragmentation between these processes for new merchants. They are left to fend for themselves when starting out and during the delivery of products; a perfectly executed end-to-end cycle, if you will.

“Consider I'm an undergraduate, and I want to own my own e-commerce store. Where do I get the product from? How do I ship them, where do I store them? Where do I make the fulfilment, what about financing it, how am I going to deliver it?” CEO Mohammed Elhorishy said to TechCrunch concerning the dilemma new merchants face.

Elhorishy argues that typically a merchant would need to meet different suppliers to strike deals before proceeding to do the same with shipping and last-mile delivery companies.

“With Taager, we can now see the trend of people who would never have been able to build businesses on their own, now using Taager and getting the exact outcome of the very painful processing they would have gone through if they went about it manually,” he added.

So how does this work exactly? Essentially, Taager has built a B2B platform to provide a one-stop shop for these online merchants and suppliers. The platform provides online merchants and suppliers with a suite of backend and integrated services, from operational and logistical infrastructure such as storage and shipping to an online marketplace to host their products, connecting sellers with wholesalers. 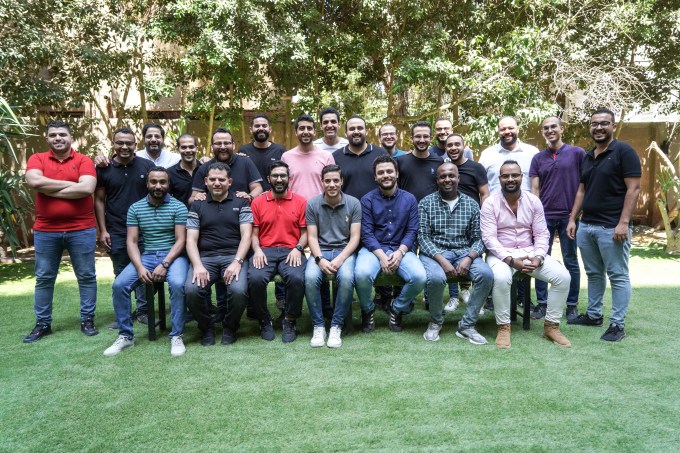 The company claims to use AI and data science to enable first-time sellers to start and scale their online business with relatively low risk. It offers a transparent pricing structure and an enhanced product selection process, freeing online sellers to focus on running their business while Taager handles end-to-end operations.

After getting products from suppliers on Taager, merchants can take pictures and descriptions to Facebook (via ads or its Marketplace platform), TikTok or Instagram.

“They start utilising their marketing skills. They do advertising, run campaigns, and once an order is fulfilled, the merchants will put it on our site and Taager fulfils the end-to-end cycle. This way, merchants, without any inventory or stock or cash, can start a business and scale it from one order to a thousand orders per day because Taager made it seamless for them,” said the CEO.

On the other end, Taager takes a margin of every sale and aggregates data points. The platform does this to suggest the products that often sell to merchants and what pricing is best.

Elhorishy explains the need to employ this strategy. According to him, while Taager is not involved with the day-to-day sale of merchant's products, the data it provides will act as growth engines alongside the heavy lifting performed by providing warehousing and last-mile services.

“It's all about phases. You need to reach specific data-critical points where you can suggest products that make sense to the merchants. We perceive ourselves mainly as a technology and data company that has the necessary presence on the ground to fulfil this. We're trying to automate operations as much as possible.”

Presently, Taager claims to have 5,000 merchants on its platform, critical components to the 40% month-on-month increase in Gross Merchandise Value (GMV) Elhorishy says the startup enjoys. While he did not comment on the platform's number of suppliers, he talks about how difficult it was to onboard them initially. These suppliers, currently in their hundreds, have a plethora of options to sell their products, so Taager's catch was to provide them with better pricing and thousands of merchants, meaning their products get sold faster. In addition to this was insights on how to expand their products and make faster imports.

“Now they come to us asking what we think the market needs, whereas it was a very big challenge in the beginning because they weren't used to this kind of business. Another challenge was managing the last-mile operations, and now we have teams managing relationships with a wide variety of last-mile companies,” Elhorishy said of some challenges faced by the company early on.

A high margin business, as Elhorishy claims, Taager will be looking to deploy the new capital into its rapidly growing operations. It is also making hires across all levels in the company and plans to scale across MENA.

Social e-commerce globally is on the rise, and in MENA as well. Jim Breyer of Breyer Capital is enthused by this growth and Taager's traction in the space. He believes there’s a great opportunity for Taager to replicate its unique data-driven approach for further growth across the region.

Taager's growth also proved decisive in getting a check from its lead investor. Peter Orth, co-founder and managing partner at 4DX Ventures, said, “The Taager team have achieved very impressive results incredibly quickly, and also built one of the most impressive teams in the ecosystem. Their focus on quality and execution and a very unique approach to empowering e-commerce entrepreneurs is a dominant combination. We’re thrilled to partner with the team in the next phase of the company’s growth.”