Amazon is giving its Alexa voice platform a shot in the arm after seeing further declines in skill growth over the past year, indicating lagging interest from third-party voice app developers. At the company's Alexa Live developer event today, the company announced a slew of new features and tools for the developer community — its largest release of new tools to date, in fact. Among the new releases are those to encourage Alexa device owners to discover and engage with Alexa skills, new tools for making money from skills, and other updates that will push customers to again make Alexa more a part of their daily routines.

The retailer's hopes for Alexa as voice shopping platform may have not panned out as it had hoped, as only a sliver of Alexa customers actually made Amazon.com purchases through the smart speakers. However, the larger Alexa footprint and developer community remains fairly sizable, Amazon said today, noting there are “millions” of Alexa devices used “billions of times” every week, and over 900,000 registered developers who have published over 130,000 Alexa skills.

However, Amazon hasn't yet solved the challenge of helping customers find and discover skills they want to use — something that's been historically difficult on voice-only devices. That's improved somewhat with the launch of Alexa devices with screens, like the Alexa Show, which offers a visual component. 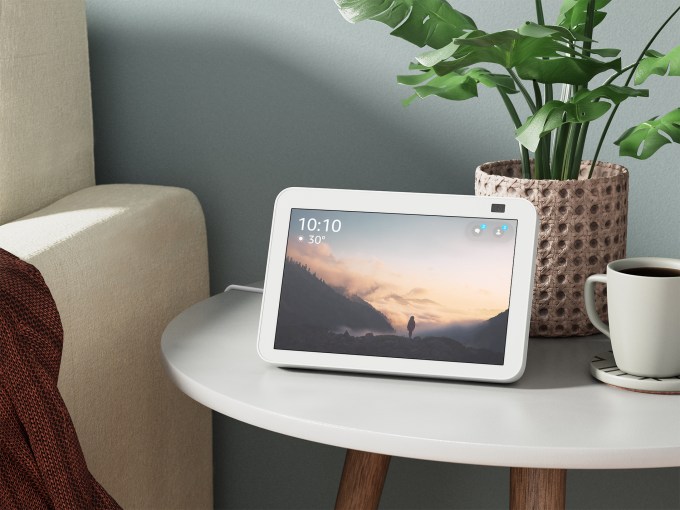 On this front, Amazon says it will introduce a way for developers to create Widgets for their skills which customers can then add to their Echo Show or other Alexa device with a screen sometime later this year. Developers will also be able to build Featured Skill Cards to promote their skills in the home screen rotation.

For voice-only devices, developers will now be able to have their skill suggested when Alexa responds to common requests, like “Alexa, tell me a story,” “Alexa, let's play a game,” or “Alexa, I need a workout,” among others. Alexa will begin to offer personalized skill suggestions based on customers' use of similar skills, while new “contextual discovery” mechanisms that will allow customers to use natural language and phrases to accomplish tasks across skills.

Amazon also said it's expanding the ways developers can get paid for their skills.

Amazon will attempt to leverage the developer community to drive sales on its retail site, too. With new Shopping Actions, developers can sell Amazon products in their skill. For example, a role-playing game could suggest customers buy the tabletop version, as sci-fi game Starfinder does. Developers can also earn affiliate revenue on their product referrals.

Music and media skill developers will be able to use new tools for more entertaining experiences, like a Song Request Skill that DJs can use to take song requests via Alexa, which iHeartRadio will adopt. Others will shorten the time it takes for Radio, Podcast and Music providers to launch interactive experiences.

For example, restaurants will gain access to a Food Skill API that will allow them to create pickup and delivery order experiences. A new “Send to Phone” feature will allow developers to connect their skill with mobile devices, and new event-based triggers and proactive suggestions will enable new experiences — like a skill that reminds users to lock their home when they are leaving. Amazon-owned Whole Foods will use these features for a curbside pickup experience arriving later this year, the company says.

Alexa replenishment support, which allows customers to reorder common household items like laundry detergent or batteries, will also expand to replacement parts to better tie in with other sorts of household and smart home devices. Thermostat makers Carrier and Resideo will use this to replenish air filters and Bissell will use this with its vacuum cleaners.

Amazon is also introducing a set of new tools that make creating skills easier for developers, including the ability to use Alexa Entities, which is basically Amazon's own set of general, Wikipedia-like knowledge. They'll also gain access to new tools to aid with custom pronunciations plus the previously U.S.-only Alexa Conversations nature language feature (now in beta in Germany, developer preview in Japan, and live all English locales). A longer list of tools, detailed on Amazon's announcement, focus on regional expansions of existing toolkits (i.e. AVS, ACK), and others that enable better interoperability with smart home devices — like those that allow for unique wake words, among others.