The initial rollout, which kicks off in Baltimore, Chicago, Dallas, Kansas City, Nashville, Phoenix, San Diego, Seattle, and St. Louis, will eventually spread to more than 100 cities by the end of the year, Amazon said. The end goal, at least for now, is to have more than 100,000 EV delivery vans on the road by 2030.

The vehicles, which are assembled at Rivian's factory in Normal, Illinois, share some of the same design features found in today’s gas-powered versions. The new EV vans have a few more rounded edges, an overall sleeker look to the electric vans. 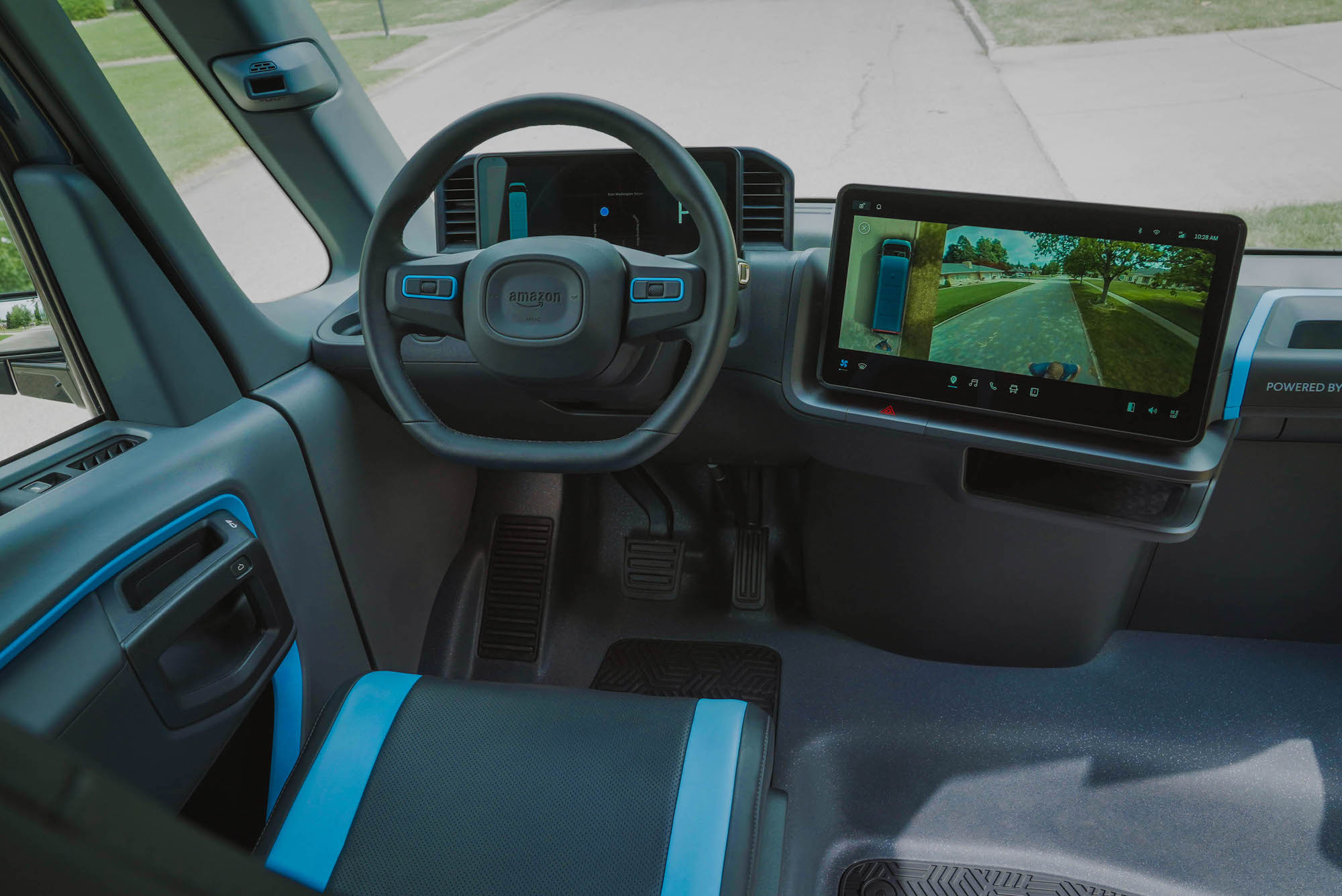 But real difference is in the electric architecture and the custom features that have been integrated into the vans, including highway driving and traffic assist features, exterior cameras that can provide a 360-degree view for the driver via a digital display and surround tail lights for better braking visibility.

The driver's cabin has been designed for ease of use and with ergonomics in mind, the companies said, adding that the door locks and unlocks as the driver approaches or leaves the vehicle. A powered bulkhead door opens when drivers reach their delivery location.

Inside the van is three-level shelving and a bulkhead cargo compartment separating door.  Amazon’s Alexa voice assistant is also an embedded feature. 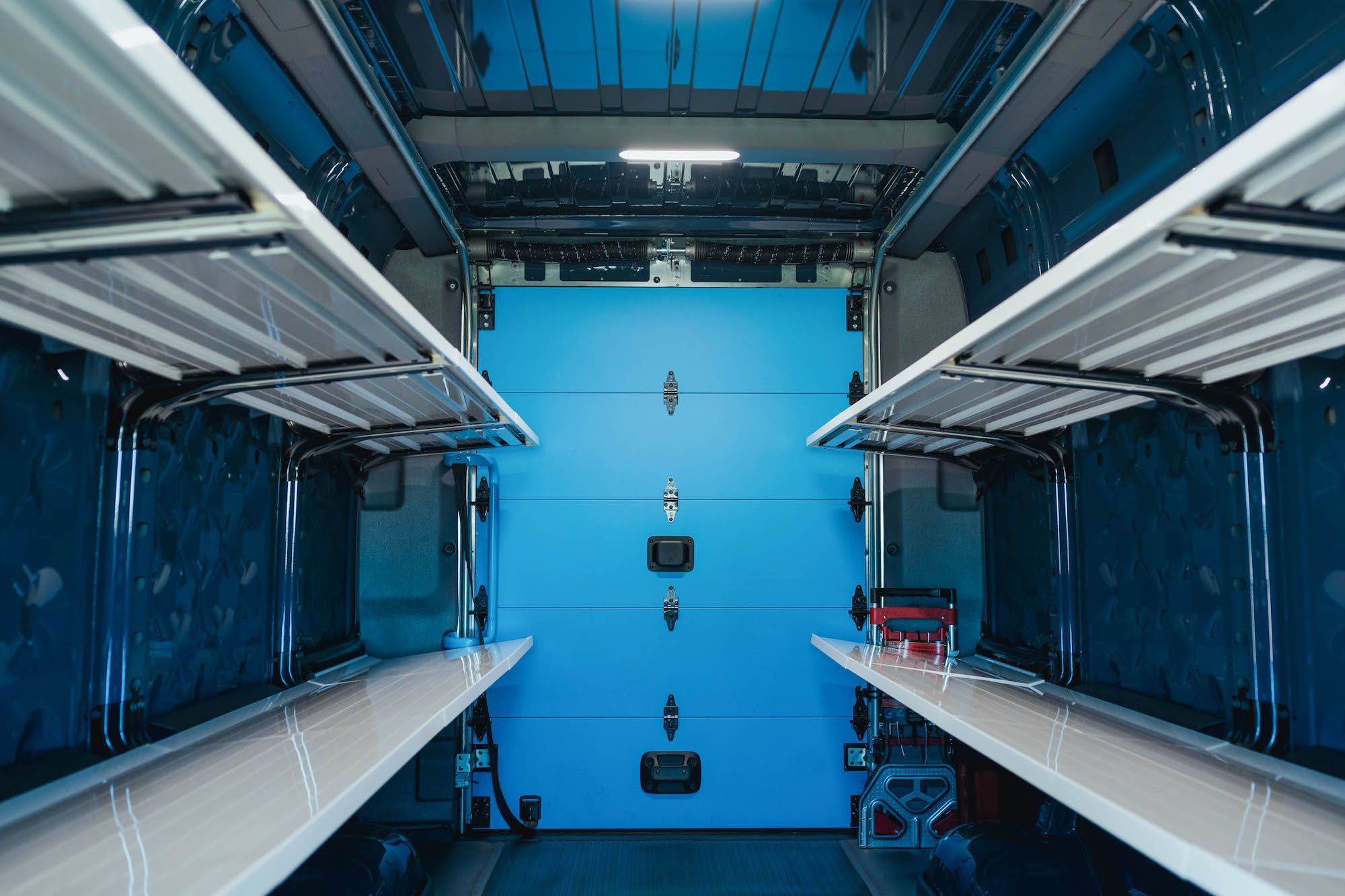 The electric delivery vans are part of Amazon’s 2040 climate pledge to reach net-zero carbon across our operations by 2040. As part of that goal, Amazon also launched a $2 billion climate fund to invest in startups that fit into its net-zero vision. The fund has invested in Rivian as well as Redwood Materials, CarbonCure Technologies, which developed technology that consumes carbon dioxide in concrete, Pachama and Turntide Technologies. Amazon holds a 20% stake in Rivian, which went public last year.

The custom electric delivery van is one of three vehicles that Rivian is developing or producing. Its other two vehicles, the R1T pickup and R1S SUV, are consumer EVs. Rivian has previously said it is on track to deliver 25,000 EVs by the end of the year.

Amazon has been testing preproduction versions of the electric delivery vans since last year in a handful of U.S. cities including Los Angeles and San Francisco. The company said Thursday it delivered about 430,000 packages and drove more than 90,000 miles in the preproduction vans. The testing allowed Rivian to improve the vehicle's performance, safety and durability in various climates and geographies, the companies said. Rivian has also completed certifications with the National Highway Traffic Safety Administration, California Air Resources Board, and U.S. Environmental Protection Agency.